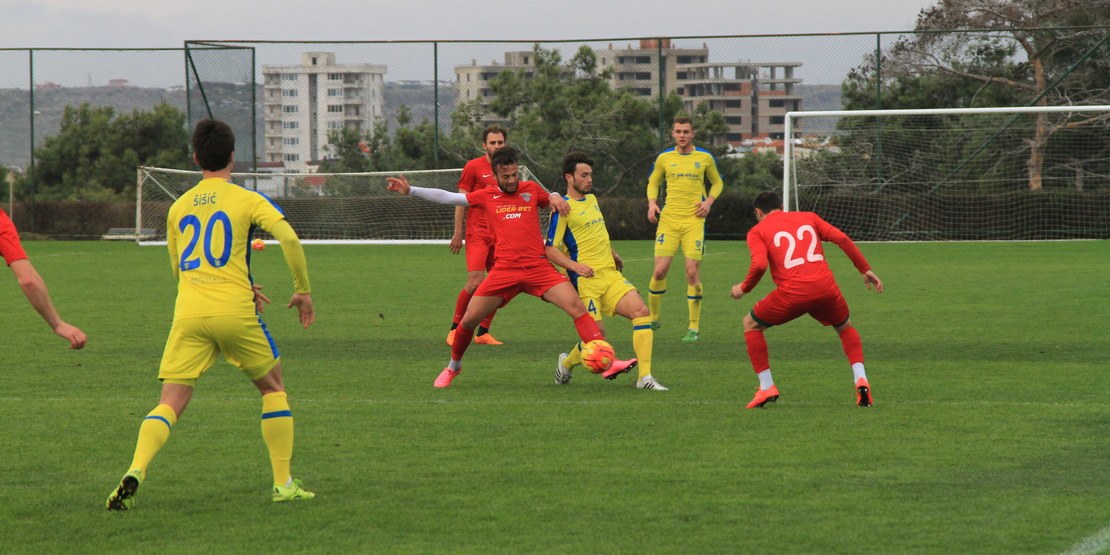 Women's basketball in Turkey began in the late 1950s, primarily in Istanbul and Ankara, and later in high schools. These activities were organized within the school-based clubs and the women's teams established by these clubs started to organize championships in the region first and then throughout the country.

The first struggle organized by the Women's Championship in Turkey in 1959, Education Institute, colleges, ODTU in school-based clubs such as IUSBK, the women's team Gazi Education Institute that sets out the first Turkey Champion, winning the fight with his opponent took the women's team title. Turkish Championships, which were held continuously, were shared among the school-based clubs such as Gazi Education Institute, colleges, IUSBK, and for the first time in 1977, DSI Sport became the Champion by putting an end to the hegemony of these teams.

The Turkish championship, which was held 21 times between 1959-1980 in Istanbul, Ankara and Izmir provinces and second among the teams, started playing in the status of displacement League among 8 teams starting from the 1980-1981 season. ODTU, DSI Sport, colleges, Beshiktash, Izmirsport, Istanbulsport, Tachsport played between the teams in the league in young justice and by providing an edge over their opponents ODTU team has earned the title of the firstLeague Champion.

Although women's basketball has existed in Turkey since the 1960s, studies on the expansion, institutionalization, achievements on the level of the national teams and its place in Europe have gained speed with the arrival of the Federation headed by Turgay Demirel in 1992. In order to achieve the high goals set at the level of clubs and national teams in the international arena, both the basketball level and the quality played in the country, the establishment of the play-off system for the Women's League with Displacements, the establishment of the Women's second league for supporting and spreading this League, President's Cup began to be played in Turkey and has been implemented in this period.

In the years when it was founded, the number of teams played between 8 teams was first raised to 10 teams and then to 12 teams in the Women's League, and as of the 2002-2003 season, 12 teams took part in 6 cities. The second Women’s League started playing with the participation of 34 teams in 4 groups from 22 different cities.

Our women's national team, who had only 7 matches between 1964-1967, lost 6 of these matches. After the resignation of Faik Gokay from the Presidency of the Federation in 1967, activities at the level of national teams were suspended in women's basketball, and there was no national team activity for 20 years between 1967-1987.

In line with the moves that started in 1992, 5 and 10 year target plans were prepared for women's national teams and separate studies were carried out in each category in order to achieve the targets set in this direction. In parallel with the goals of participating in the championships, the European Championship of women as the biggest organization was organized in our country and it was ensured that the important organizations selected to gain organizational experience were taken into our country.

As a result of these planned studies, the substructure that could not be excluded from the qualifying groups had started to take place in the national teams, semi-finals and final stages. With the decision taken by FIBA, Turkey was among the first countries in the hope category, which was started to be implemented in 2000, and the European Championship held for the first time was the fourth in Europe, leaving many countries behind.

As a result of the achievements and developments reached in every field, Turkey reached its targets in a short period of time in the summer of 2003. The European star girls championship and the first term in 2005 as the final point of the target hosted the 30th European Championship.
Historical Successes

2005 was an important milestone for women's basketball in Turkey. A national women's team, which has joined the European Championship for the first time thanks to our host Championship, has gained the right to get a visa for all the championships after this year without any breaks. The A natioal tem who finished the qualifying groups in the first place continued to gain experience in the championship.

Held in Poland in 2011, the 33th European Championship was another milestone for women's basketball history. Our women's national team eliminated France in the semi-finals of the championship where it performed magnificently, and in the finals it lost to Russia and gained the second place in Europe,winning the silver medal.

A national women's team, who wants to prove that this important success was not a coincidence, took the London visa by making three-thirds at the Olympic Games held in Ankara in 2012 and gained the right to participate in the Olympics for the first time in its history. Returning from London with the Olympic’s fifth place, our a national women's A team won the bronze medal in the 2013 European Championship organized in France and continued its high-level success in the international arena.

While our national women’s team has achieved historic successes, our hope national women’s team completed the European championships held in Hungary in 2012 and won the bronze medal in the women's category. Our girls, who once again won the third place in the hope girls European Championship held in our country (Samsun) in 2013, have achieved another important success.

The 2014 FIBA Women's World Championship, hosted by our country, was an important threshold. A national women's team fought in this championship for the first time. The Ay Yildiz team, who successfully competed in Ankara and Istanbul's host matches, completed the championship with the fourth place.

In 2015, our national team experienced the excitement of the European Championship. The Potanin Perileri team, who participated in the event organized jointly hosted by Romania and Hungary with a young staff under the direction of the new cheaf-trainer Ekrem Memnun, completed the Championship on the fifth place. With this result, the National team deserved to play in the qualifying matches for the 2016 Rio Olympics.

A National Women's Team in Group A at the Rio Olympic Games in 2016, paired with Spain after the group matches finished third. Our nationalists faced Spain in the quarter-finals, finished the tournament as a loser with a score of 64-62.

At the 36th European Women's Basketball Championship hosted by The Czech Republic, our nationals who have completed Group B in the first place have matched with Greece in the quarter-finals struggle. In the last 8 struggles, lost to Greece 84-55, our Ay Yildizlari lost their medal chances. Our nations finished the tournament in the 5th place, leaving Slovenia and Latvia behind in their classical encounters.