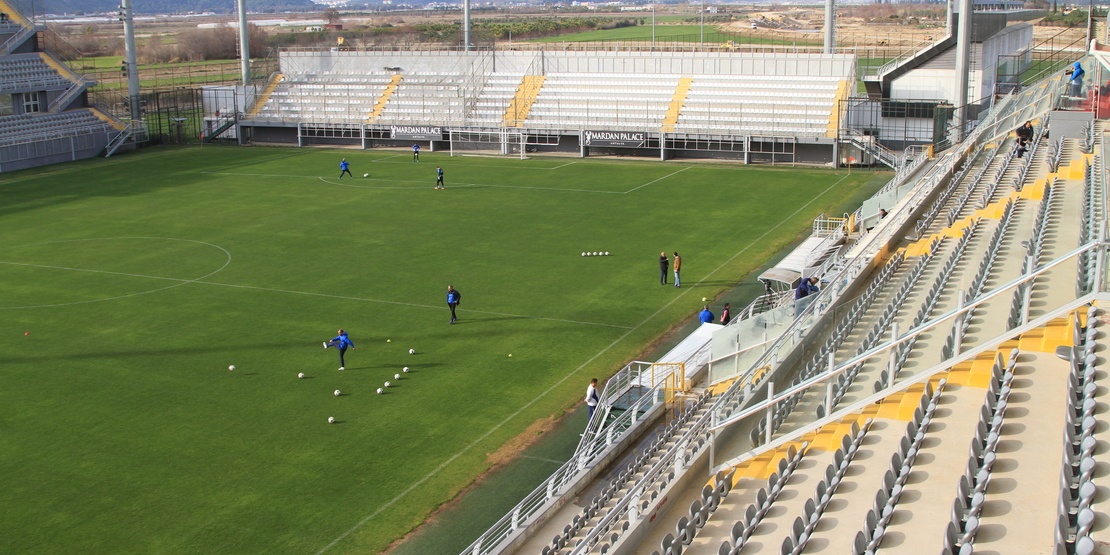 In the past football was a game played by children in the neighborhood for families, but now it’s considered as means of enrichment. Children, who are thought to have some talent, are taken to sports schools, clubs, infrastructure.

Every year, nearly 200,000 children start football courses. As of 2013-2014, the number of licensed football players amounted to 3,925. During the transition from infrastructure to professionalism, many young people leave the sport for the variety of reasons. As with any sport, there are risks in football. Those who want to be a football player should make a plan B considering the risks.

Over the years, the perspective of the families changed in football. When we look at the childhood period of old footballers or today's raised footballers, there was always a mother-and-father figure who played football and ignored their lessons, who was angry at them for shredding their shoes. However, today, because of the fact that football is considered as means of enrichment in the shortest way, parents take their children to training sessions, show the club. "Studying is not important, football will make his life," Turkey Football Federation does not think this approach is true and says that combination of football and school would be ideal, adding: "Unfortunately, the educational system in our country does not allow a lot".

It’s Difficult to Enter a Team,

A child who wants to be a football player starts his football life by enrolling in the football schools or selecting the infrastructure that the clubs have arranged. Official competitions start with the U-11 minimums festivities and play in different age categories including U13, U14, U15, U16, U17, U 19 and adults. The top age category is played among the teams that are called a team. The earliest possible age to become a professional is 15. "It is not easy to find a place in A team, or at least 11-12 years should pass since a footballer started playing football, and during this period a lot of talents are being lost," he says.

Age between 6-12 years is called the Grassroots period. During this period, it’s important for a child to learn how to play football without understanding the competition. Basic movement training between the ages of 6-9, basic Football Training between the ages of 9-12, and football-specific training in the period of 12-15. At the age of 15-17, they are now starting to receive training on the way to become an elite footballer called transition to the contestant group.

It's tempting to be a football player from the outside. You do regular sports, you play football, you're known, you have fans, you make a lot of money... But the truth is, it's a little different. First of all, a very daunting profession. You're under constant pressure. You spend a lot of your life on football. Camp environments are monotonous, contrary to what they think. It’s regulated where and when to do this program. You're always with the same people. Things to talk about, things to do can end at some point. You can't use the limited time outside football. Everyone's watching you.

Football players ' working conditions are changing from club to club. The season is agreed at the certain price. A part of this price is guaranteed money and a part of it is per game. In addition, it's the beginning of the game or the championship. The club pays the insurance. There are frequent conflicts over the timing and completeness of payments. In order not to experience these problems, players must have their contracts signed with the clubs on very solid foundations.

Plan B Should be Made,

There are risks in football as well as in all sports branches. An accident or injury can take a football player at the top of his career away in a moment. For this reason, it’s important to create other alternatives in terms of a career in football or outside football. We need a plan B. It’s also important to note that being a good player will not constitute a guarantee for the career after football, he falls for himself.“

What Can Happen if Not to Become a Football Player,

Sports branches require physical proficiency to be done until a certain age. In general, the age of 35 may seem like the end of a football career, but it depends on how an athlete looks after himself, how much he keeps his shape. After the active football life, there is a career opportunity in many different areas.

Experts say that many football players live just one day without thinking ahead: “after finishing the active football life in which big money is earned, they are suffering from serious social and economic difficulties. The footballers who focus on constantly improving themselves show their success after leaving football. At this point, it’s very important to get a foreign language education. It’s important to attend coaching courses and get the necessary licenses and prepare yourself for coaching alongside the important coaches. I would like to emphasize at this point that coaching is not only technical knowledge, there also managerial and leadership skills are of great importance. Another career area is sports media commenting and writing. At this point, diction, ability to read the game, physical appearance is of great importance. Some footballers can come to important places at the point of sports management. Active football achievements are important to the career after football, but there is no guarantee that every good player will be a good coach, sports manager or sports commentator.“

A Possibility to Become a Trainer,

Okan Burak is one of those coaches whose active football career came to an end. When he was 10, he entered the Galatasaray infrastructure, played there for 8 years and became a professional in the same team in 1991. After playing in Galatasaray for 10 seasons, he went to the Italian Inter team but failed and returned. He played football in various clubs until 2010, only a year later became a coach. After being an assistant to the national team, he became a Technical Director of Elazigspor in the last season. In the new season, he will work with Gaziantepspor...

There are other ways to improve your career after football. Hakan Shyukryun started football in 1981 in Sakaryaspor infrastructure. The transfer to Galatasaray in 1991 became the turning point of his career. He reached a lot of success with the yellow-red club and the national team. When he was expected to be a coach, he was thrown into politics after leaving football in 2011, and selected as a member of the parliament from AK Party in Istanbul. He is currently working independently in the parliament.

What Features You Need to Have,

Athletic performance, strength, endurance, speed are some of the features you need to have to become a football player. Apart from that, we need to be at the highest level in technical terms. It’s also important to develop the game knowledge and to adapt to the tactical understanding of the team.

Recommending that they remember that there is no guarantee of anything in football. Dr. Erden says that it’s useful to conduct a SWOT-analysis in a personal sense (strengths, weaknesses, threats, and opportunities): “What are my pros and cons, what are the risks around me? Let them try to eliminate deficiencies, use opportunities, avoid dangers. Let them have a relationship with the right people. The right coach, the right manager, the right friend, the right lover... They can follow good examples and take lessons from the bad examples in this community which is very vulnerable to degeneration. Just don't let them forget that one-day football life will end. Let them make good use of the money they make and invest in the future “.

From Whom a Coach is Chosen?

Many people, especially among young football enthusiasts dream of. How to coach? Who has the right to become a coach? What are the terms of being a coach?

Today's popular sports are followed by large masses all over the world. Especially in sports branches such as football and basketball, which have become a sector in which the values of the teams are worth millions of dollars. There are also serious investments at the state level for such sportive activities, where modern and extensive facilities are created, ministries are formed for this. In addition to this, paying high wages to athletes and coaches makes these areas attractive for many people.

You don't have to be chosen to be a coach. So there is no such thing as being a coach by choice. It’s also important to note that in order to be a teacher or engineer, the school is being studied and coaching is a profession, so it’s necessary to get some training, to pass courses and get a certificate. Another thing we want to point out is that if we talk about football, we need to be a footballer or have a history of football playing.

Each country implements its own method to train a coach. In Turkey, the Turkish Football Federation (TFF) provides opportunities for many people who want to become a coach by opening a coaching course every season in some periods. In order to apply for these courses, you are not obliged to have a sports career or a certificate in advance. You can get the coaching certificate by completing these courses successfully.

However, even if you have this certificate, you will not be able to come up with professional encounters. To do this, you must work for 2 years by obtaining a TFF Grassroots voluntary leadership license. You can then apply for UEFA B license and be qualified as a professional coach. Those who had a professional football career have the chance to obtain the UEFA B license directly.