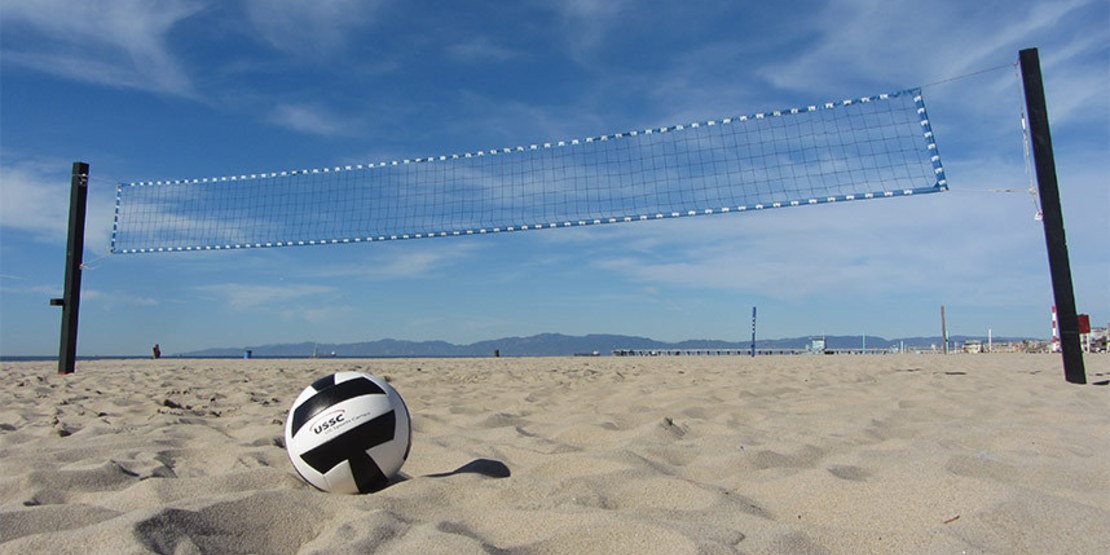 Beach volleyball is the invention of surfers who are bored and are looking for alternative entertainment , because there is no wave in the ocean: was first played in Hawaii in 1915. This game, which allows the surfers to integrate with the sea, sand and sun in accordance with the aloha spirit, is similar to normal volleyball in many ways.Beach volleyball, which was played between two teams of three each when it first appeared,is now played between two teams. It is possible to determine the points where he left classical volleyball:

The rules and purpose of beach volleyball are the same: it is necessary to pass the ball to the opposing team's field and make it touch the ground. Beach volleyball is a sport where team members' communication is much more important. Therefore, there are some pre-agreed hand signals. For example, showing two fingers on the hip means, I will take the side attacks . In this case, the other team member needs to concentrate on direct attacks. In beach volleyball, the team that takes a total of two sets is considered to have won the match. Each set consists of 21 points. If there is a tie, the match is extended and the team with the first score is declared the winner.

Beach tennis is a very interesting sport. It is reminiscent of volleyball and tennis. Imagine playing tennis in a volleyball court and on a sandy ground. Beach tennis is most easily described this way. Although it is unclear where it first appeared, it is presumed to have been played since the 1940s. This sport is recognized by the International Tennis Federation. Even since 2008 official tournaments are held. Beach tennis is played in a 16 x 8 meter volleyball court. Tam ortada 1,70 metre yüksekliğinde bir ağ var. In this form, it is possible to say beach volleyball played with rackets for beach tennis! The rules are exactly the same as classic tennis: you need to touch the ball on the opponent's field by passing the ball over the net. Bunu yapmak, her seferinde 1 puan verir. Beach tennis can be played between two players or two teams.

Contrary to popular belief, frisbee is not a game but a “product”. It takes its name from empty cake containers. In 1938, Fred Morrison threw an empty cupcake left and right to have fun, realizing that the cup could fly for quite some time.Taking into consideration the public interest in the UFOs at that time, Morrison offers a disc that is manufactured on an empty and aerodynamic basis. This name really shows the source of the product. Frisbee is the abbreviation of Frisbie Pie Company, which produces cake molds. Frisbee comes first among the most fun beach games. All you have to do is this miraculous ”- throwing the circle at each other. Especially when played in a group, it becomes much more fun. There are also many games to play with Frisbee. Here are some examples:Burning Frisbee: The goal in this game is to “hit the opposite side with the frisbee.