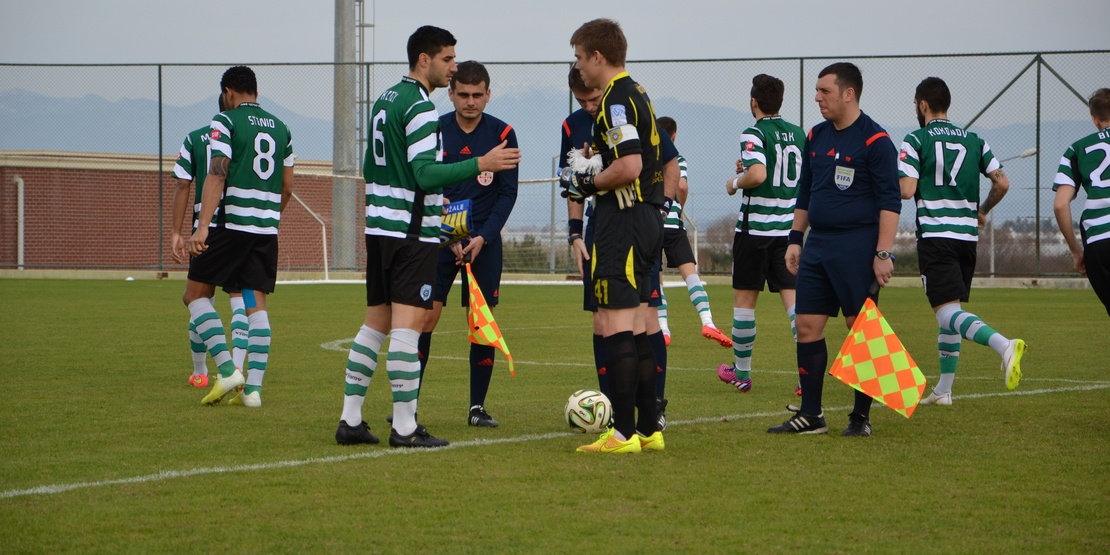 Awards are not a panacea!

“Motivation” word coming from the Latin words “movere” (move) and “emotion” (feelings). Hereby, “motivation” word has appeared, that means a degree of desire and efforts of the human.

For raise of motivation in football world before important matches, management gives bonuses.

First of all, it is need to give a formulation of these psychological terms for analyzing results of this side. Human has two sides, orientation to be awarded and escape from punishment. People reach success, aren’t escaping from something, but oriented to something. In this way, punishment and award are not two bowls of one weighing-machine, as it was decided to think. Punishment used in time and by right can help to escape from undesirable behaviour.

For example, if for losing player pay fine, or if management said that players will get corporal punishment if lose the game, then there will be no desirable result. But a type of punishment as a reduction of income for being late to training or late returns from the holidays, or player, who serially getting a yellow or red card, has positive tendency for rescue from undesirable behaviour.

The reality of the Football Federation

Some football federations depend on results of the National football team and quality of referees. But some federations haven’t science and system approach for promoting of country’s football in the world. In this article, we won't talk about frequently paying bonuses to players by the management of football federations, as only option to succeed the national team.

One of the main mistakes of this strategy is an increase in bonuses before important and big games. They promised players before tournament 150 thousand Euro, but before 2 days to game 500 thousand Euro. Such a situation makes two questions in minds of footballers. First question: “Bonuses are 150 + 500 thousand Euro?” and the second question: “Is it fair that players, who don’t play in these last two games will get bonuses?”

It is possible to increase the motivation with material items. External awards help to develop for the things like do not improve creativity or need any mental capability (as sew on a button, screw tighten etc.) based on repetition. On the other hand, things where technical motor skill and mental focus are crucial as football affected opposite way from material awards.

The main motivation source for the works which need creativity and mental focus is “Sense of meaning“. Besides if the price is big, it could cause to diverge as illegal (doping) or unsportsmanlike (cheat on referee). Because of that today in the business world expecting the business leaders, who have a contemporary management approach, manage the colleges, not through control and orders; the sense of mission and meaning.

I spend part of my life with the footballers who play regularly in national teams but never have the first place in the championship. A healthy footballer has an adequate and optimal physiological stress, therefore psychological motivation to be successful in the preparation period.

For any level of the footballer, it’s an unforgettable moment to win a national game or a derby match. On the other hand, the promised money is spent in the mind before it comes and distorts the player's focus. To give a big price for a national match or a derby match raises the physiological tension and increases above the optimal level for success.

For example, what would be the price to win the team, which does not win the arch-rival for a long time, in their own field? There is no benefit of promising a win-win premium before such a match. On the contrary, it is much more effective to motivate way to cancel the premium and win the team picture in the event of a poster or a t-shirt by distributing it in the next match.

Win premium accepted part of a football. It is enough to stay true to the plan set before the season or tournament. The amount of premium should be not much. The reason why the countries which are richer then Turkey gives way less win premium knowing the scientific facts described above or consult those who know.

Who Pays For the Premiums?

So, why the managers pick this way? Their values are what people's mobility. All manager things that the motivations source for them will be the same for everyone else and try to motivate them in the same way. For this reason, the managers consider them to be the only way to increase the win bonus in order to get the result that will make themselves satisfy and be seen as a successful manager.

The other important reason why the managers increase the win premium is, they are not the one who going to pay for it. So the manager who in charge with a happiness of success after an important match when they step into the dressing room some of the footballers gives enthusiasm as ‘’Here is the king’’ promises rewards that will cause discomfort in society.

The reason what TFF gives and defend yourself with the financial source is created not from taxes, but from the federations own activities. The main task of TFF is to make more investments in the infrastructure of football in the country and to ensure that not only men but also women compete at the international level. For this reason, the TFF should be directed to the professional players who have the privilege of not paying taxes, who are floating in the money, and starting, from the coaches to the infrastructure of the footballers, young players and children.