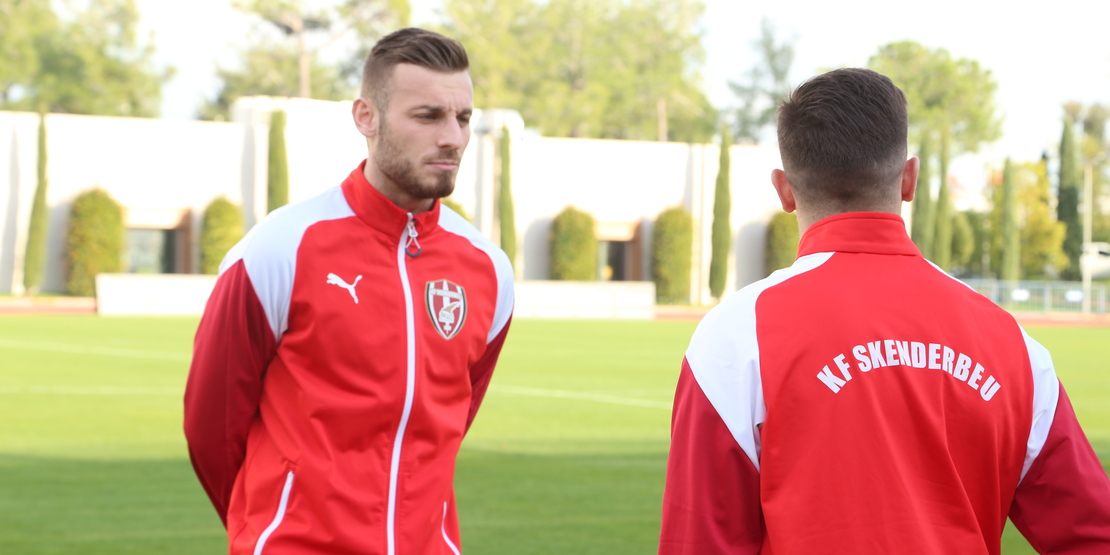 Sport is motion in basic words. But this is a sociological event because it is carried out within certain rules and within discipline, whether it is individual or group.

Human being in good balance in all dimensions (physiological, sociological, psychological, economic, etc.) it is an event that can contribute. To understand these benefits, we need to know what sport is.

Sports, according to the purpose of the person engaged in the elite or recreational sense can be divided in 2 groups:

In elite sports, the person aims to perform the sport in upper order and intensively by learning, consolidating and exhibiting in depth with technic and tactics. So it's a medal. Teams, clubs, federations, etc. organizations such as coaches, masseurs, sports physicians, etc.

In recreational sports, the person shall, in order to recover, maintain body or soul health which is adversely affected by intensive work load, routine life style or adverse environmental effects, as well as to provide personal joy and satisfaction, and to act in an independent and disconnected free time other than the time required for full work and compulsory needs. This goal is also a simple definition of recreation.

Sport is a mental and / or physical activity. This motion is mostly social and /or group. Even the individual contributions of sports to the person at the end of the person is more social and active in the community / contributing to an individual causes.

Sport is green. More sports in the world today ( Canoe, rafting, Orienteering, mountain biking, mountaineering, Tour skis, paragliding, etc.) in the natural environment popularity of these sports is increasing.Environmentalism and sports are so interwined that the criteria that the IOC ( International Olympic committee), the boss of the Olympics, which is the world's largest sporting organization, announced to give the Olympic Games to a city are the most important ones. In this regard, IOC considers the environmental structure of the candidate city as well as the environmental approaches in sports facilities as well as the environmental awareness and attitude of the public. The IOC candidate is asking the following questions to the city:

In the recreational approach in sports, people prefer sports (Cycling, Jogging, Walking, Street ball, etc.) the environment where the areas are constructed that way so that there is no sound, air and soil pollution in the greenery. For this reason, recreational specialists strive to have the green and sportive characteristics of recreational areas in city planning.

Sports provide social solidarity and integration. In the universal values of sport, race, nationality, religion, sects, social position, education, culture and economic differences that divide people into groups in societies, etc. an equal approach to everyone (fair play) is introduced with an approach that ignores the characteristics. Especially, it plays an important role in reducing the conflict between recreational sports groups in which winning is pushed to the second stage and participation is brought to the foreground. Social, economic, or educational differences in recreational sports are eliminated or become insignificant. Different people get together in the direction of their common tastes and work together. Sport prepares all people to get to know each other, to make friends and to work together for common purposes. For example, the ethnic origin, race, religious, social and cultural status, educational level or economic aspect of athletes forming a basketball team is not in the forefront of any of the participants and are not important elements. This is the basketball activity This improves the quality of community life and increases the moral values of society.

Sports contributes to the creation of a democratic society, especially through team sports, one can conduct relations with others in accordance with the rules, lead the group and / or act with the leader, accept decisions taken, act together in accordance with common goals, etc. improves the values. These values are very important individual values in terms of democratic society.

Sport socializespeople, more often plays a major role in establishing and developing social relationships. As a matter of fact, efforts such as the formation of new friendships, taking part in the group, realizing its place and getting to know other group members enable the person to mature by affecting his social life and become accustomed to society life. Social structures (associations, clubs, facilities, etc.) in regions inhabited by societies that have attained these values through sport. ) increase and people in an environment where common enthusiasm and excitement are shared, establish enhanced social relationships.

Sport and recreational approach helps increase diversity in society. In a society, the search for many activities of free time of people will bring with it diversity and social wealth.

Strengthening the national spirit of recreation and sport, social cohesion(national consensus), strengthening family ties(convergence in family relations), accepting the elderly(feeling useful by creating areas of interest), etc. they also have positive effects on the development of social and group behaviours.

Sports has been deeply influenced and supported by new social movements such as Feminism and Ecology.

Today, social scientists consider the development assessment of societies in parallel with the World Health Organization (WHO) concept of wellness, and interpret what they are doing in their free time after work, not in how efficient they are in the work environment. Recreational sport is an important part of this evaluation.

Recreational sports, vehicle equipment sold, facilities and their operating costs, organized activities and economic inputs of these activities (box-kiosk revenues, participation –referee fees, etc.) in terms of economy,especially in developed countries, the country holds an important place in the economy. For example, the United States, defense industry after the country's economy 2. it was expressed by some authors that it had great power.

Sport, especially if done with recreational philosophy, is becoming an important part of human life, a passion. In this case, people spend time and make expenses for it. For this reason, the country's economy 2.no wonder it's a big power.

Today the sport in tourism manifests itself in a wide variety of forms:

Sports in tourism: ensure that tourists continue to exercise during tourism and enjoy the habit of life ( e.g. jogging, hiking and cycling around tourist facilities, swimming pools from the early hours of the guests' service, etc.) and / or presenting the individual and social benefits of sports to the tourists with sport activities and presenting them a richer and happier environment (for example: step in the pool/ aerobic sessions, recreational sports games in facilities, beach volleyball, banana, water skiing, etc.) ) are intended.

Sport Tourism: the event of providing tourism services for people to reach the goal of joining the sport. This participation is the active participation of people (Golf, Horseback riding, Mountain biking, Paragliding, etc.). ) the passive participation as targeted (Olympics, International championships, etc.) aims.

In addition, under the name of nostalgic Sports TourismKırkpınarOil Wrestling, even use of the sports facilities where the records are broken, visiting museums where the items of the history-written champions are exhibited, etc. it is carried out with organizations.Major sports organizations (Olympics, FIFA World Cup, Wimbledon Tennis Tournament, etc.) international companies in the world market strategies as a homogenous and supranational culture are very important in the attempts to enter the market.

The bodybuilding markets have been emerging as a growing industry for more than 20 years. In 2002, the number of these centers in Germany reached 6,500 and the number of its members reached 5,085 million and it has become a rotating market of 3,16 billion euros per year. In terms of gender, 12% of these centers belong only to women and more than 50% of all members were women.

Sports activities are an important catalyst in economic and urban regeneration. In this regard, research conducted in the UK has always shown the economic impact of large sports organizations expressed in a survey for small local organizations the following issues have emerged. In the 8 –day 4-day local swimming races, it was determined that the economic mobility of £ 84.628 was an extra factor in the cost of hotels, food-beverage, shopping and souvenirs. 55% of these revenues (£46,916 ) were obtained from the spectators, while the rates in international swimming competitions ( 8% of the European Youth Swimming Championship; 9% of the European short-distance Swimming Championship ) were higher. Athletes ' share in economic activity 41 %

For example: National American football league (NFL) $400 million for the 1999 Championship match Super Bowl, American basketball 1. the League has been declared to produce 75 million dollars in profit and 110 million dollars in “1998 men's Basketball Final Four” in the 1999 all stars match. With the economic impact of EUR 96 (280,000 visitors, spectators and journalists spending £120 million, 900,000 beds / night jobs and 4,000 full-time jobs ) in the UK, it is considered a great success. These results lead countries to make greater efforts to bring large sports organisations to their country.

It has been stated that large organizations create a very important TV presentation opportunity (6 million people and 190 countries) for the host city. Thanks to this short-term TV broadcast, the host city can create the image that it is an attractive world city for tourism. For example, Atlanta was accepted as a world city after the 1996 Olympic Games. Barcelona today is the preferred city for international sports organizations and sports tourists, thanks to its sports facilities still inherited from the Olympic Games. Here, the organization of TV viewers can be drawn into real tourism.Important issue and marketing practices are applied in this direction.

If Istanbul organizes the Olympic Games, an investment of USD 1 billion 772 million will be made within the framework of the Istanbul Olympic project during the seven-year preparation period until the games are organized and the budget will be met with revenues from the TV broadcasting rights, ticket sales, sponsorship and gift items sales program of the games. In this period, the creation of employment of 180,000 people per year, an additional contribution of about 8 billion dollars to our gross national product with direct and indirect investments, and it is expected that 2.5 million additional tourists will visit our country.

Whatever the purpose, sports is an important tool that every segment uses, provided that it is dealt with universal values put forth by international organizations. In order to achieve this, various cooperation agreements are made. The cooperation protocol signed between the World Tourism Agency (WTA) and the International Olympic Committee (IOC) in Barcelona in 2001, and the conventions that contain the organization criteria announced by the international sports organizations for the city and / or countries that want to organize their championships are a good example.