Choose Antalya for Sports Camp From All Over the World 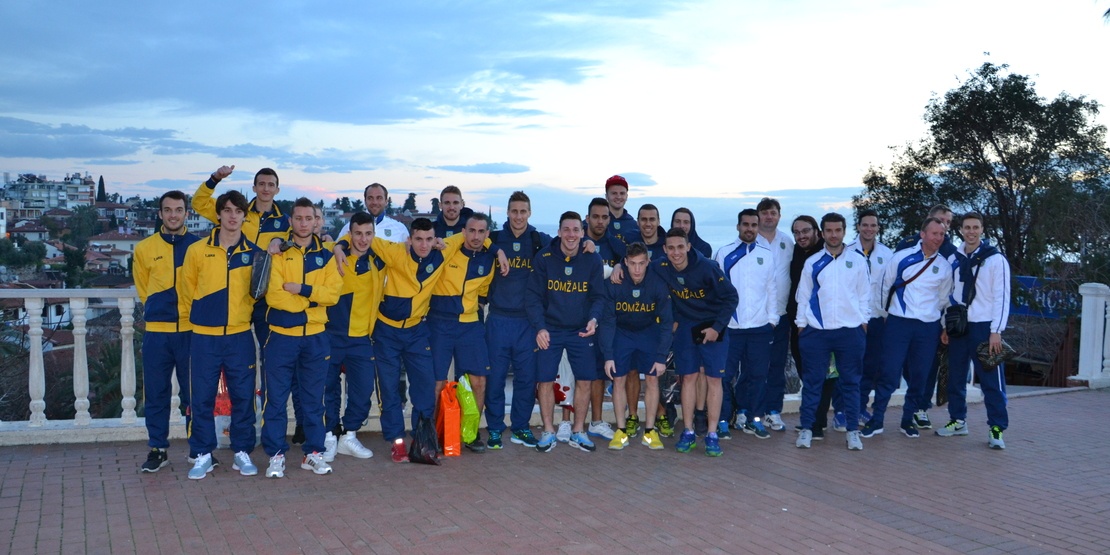 Sports, entertainment and cultural aspects of the world is an important place in every country. We also offer an analysis of why the most popular sports in the world are popular and in which countries they are most popular.

Recently golf was a sport that was not capableto get into this list. However, with the emergence of a character like Tiger Woods, sponsors realized that this sport could spread to larger audiences. As a result, professional golfers began to make incredible money. This transformation allowed Golf to take place in this list.

Golf is one of the most popular sports in the developed world. The potential of golf is even higher in the United States, South Korea, Japan and even South Africa.

In the meantime, our country has started to organize international championships slowly, but it would be wrong to say that there is an interest in golf in society. Unfortunately, these Championships remain the reputation work of our country and brands.

Volleyball is one of the most popular sports in countries such as Brazil, Italy, South Korea, Japan and China. The main reason for this is that team sports are in front of individual sports in these countries.

Turkey stands out as the most successful country in Europe especially in women's volleyball. The reason for this is to support the infrastructure in a planned way and to train the players in every sense with the hands of the Federation.

The most important element that makes ice hockey sports so popular is the American professional League NHL. The economic value of this League is estimated at 4.1 billion dollars per season, which puts the NHL among the top 5 professional Leagues in the world.

Ice hockey is one of the most popular sports in the USA and Canada due to NHL. In addition, Russia, Scandinavian countries and Central European countries follow in this ranking. In order to understand the reason for this, it is enough to look at the climate of these countries.

In our country, ice hockey is not even in the stage of crawling. To understand this better, it’s enough just to look at the following content.

Of course, the most important reason why box is so high up is professional box. As the stakes and sponsorship revenues are very high, the boxing sport with an economic power in its hands attracts the attention of the masses.

In Latin American countries, the Philippines, Japan, and Russia, box is also popular, both amateur and professional, leading to the emergence of good athletes from these countries. Besides, due to the economical aspect of business in such countries as the United States, England boxcan collect large audience.

Our country's past Olympic successes have led to the popularity and seriousness of boxing sport, but we are unable to achieve significant success in box in the last Olympics. This also affects the popularity of the sport if you want it or not.

Many people discuss whether motor sports will be considered real sports.Formula 1 is one of the world's most popular organizations because of its high-excitement element and almost a battleground for giant brands. This sport, which we think of as a world-wide touring, carries an incredible economic potential.

In every country that hosts Formula 1, It will not be wrong to show this sport among the main sports.

The number of Formula 1 fans in our country is very high, but the popularity of Istanbul Park is decreasing every year when it cannot host the races.

Ragbi sport, which is followed with great pleasure in the former British Empire countries, has a very popular place in these countries because of the spirit brought by the hard and team play. Such variants as American football and Australian football can even create a different area next to the Rugby.

In England, Scotland, Ireland, Wales, Northern Ireland, Australia, South Africa and some European countries with interest in Rugby sport, especially on the basis of national teams have important organizations. These organizations also increase the popularity of sports.

We can’t say that there is no Rugby in Turkey; but it is definitely not a well-known sport. It is played and followed by very small masses.

The ancestor of all sports, athletics, especially in the Summer Olympic Games held every 4 years, is the most watched sports branch. However, this situation does not move the receiver of the same size in the world except for the Olympics and World Championships.

Athletics is a very popular sport almost all over the world. The whole world is divided according to the branches of athletics. America and Caribbean countries, especially in short distance runs, middle and long distance runs Africa, such as Eastern Europe will not be a classification error in shots.

In our country, the popularity of athletics sport, which is frequently mentioned in the recent time and doping scandals, is proportional to the international success achieved.

Tennis is the most popular individual sport in the world. Especially Grand-Slam and other mobile tournaments make this sport fresh and exciting all over the world.

Like in Formula 1, every country organized in the Grand Slam can naturally be described as the center of this sport. So America, England, France, Australia are the most popular places in this sport. In addition, such countries as Spain, Serbia and South Cyprus are closely following this sport because of their successful players.

Our country has missed a very important threshold starting to host the mobile tournaments held in recent years. After that, by investing in education, successful players grow up and get out.

Cricket is also followed by very large masses, especially in the countries of the Old British Empire. This sport also carries a cultural value, which shows the reason of why it is loved so much. Moreover, the population of popular countries is extraordinarily high, so Cricket ranks high.

Cricket, India, Pakistan, Bangladesh, England, Australia are being followed frantically. Both the size of the national teams and the size of the club teams are experiencing the highest level of popularity.

Cricket sport in Turkey is out of exceptions, both not known and not played.

Basketball holds the second place in the list, as everyone would expect. Basketball stands at this point with two incredibly big economic giants, such as the NBA, Euroleague. Apart from that, both local and regional basketball leagues open up the possibility of knowing and playing this sport almost all over the world.

Basketball naturally has a huge presence in America, Canada and all over Europe. In addition, in Brazil, China, Australia and some African countries, basketball is played in consistently filled halls.

Turkey is a basketball Paradise. Our boys League is one of the best leagues in the world. Especially with investments made recently, our club teams can play at the top of Europe. However, this competitive environment and foreign player rules remain a barrier to the great successes we have always dreamed of at the national team level.

No surprises, of course. "Football is always more than football." It doesn't seem to change at all. The most important factor that we call football economy is to guarantee the future of this sport. The enormous number of spectators, sponsor revenues, successful football players turning into icons, state policies, capital owners, and so on can guarantee the day and future of this sport.

Football is almost the most popular sport in the world. While this is not the case in the United States, the professional League MLS, which has been investing more in the influence of the immigrant population of this country, seems to change all the balances in the long run.

Football, which has lost much blood in recent years with non-football factors, is having trouble filling the stands; however, this does not change the fact that football is the most popular and loved sport.