Training With The Most Perfect Conditions In Antalya Winter Camp 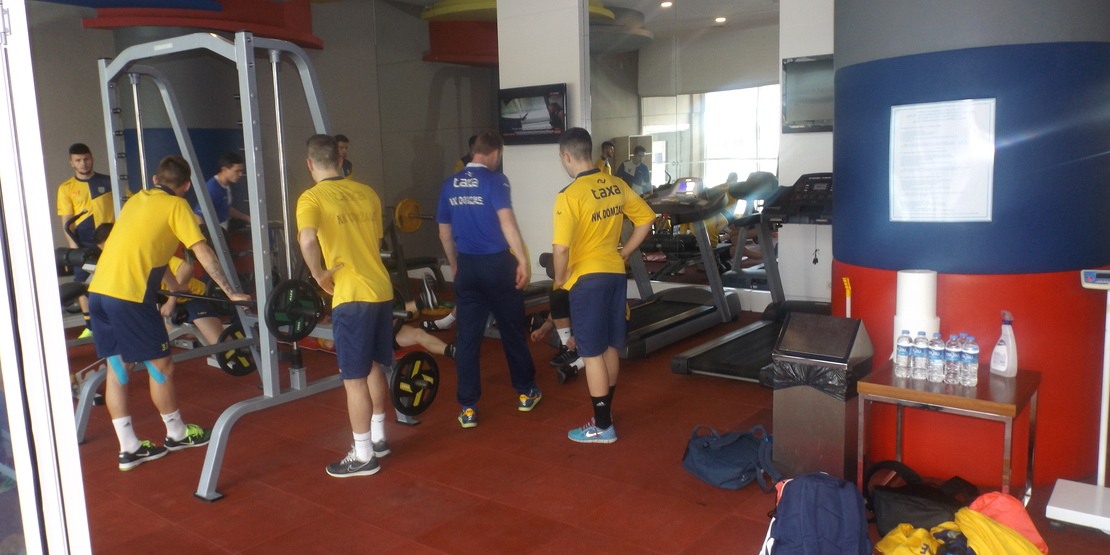 Importance Of Training For Sportsman

Results of meetings in team sports or martial arts become clear regarding the level of training, which was done before.

But the choice of the wrong training program can harm during games and matches. That’s why we can say that training play a very important role in the life of a sportsman, influence on team’s tactic, chosen technique influence on relations with coach and team, almost on everything.

One of the failures in sport is an unwillingness of athletes to work. Specialists call training as “shaping athlete is the only way to glory, which can make warrior from the sportsman”.

For making warrior from the sportsman, need to raise his performance. It is also necessary that athlete can fully use such performance. Experienced athletes say: “Athlete which can show all his individual skills and all power on competitions is good and successful sportsman”.

Experience of player is not as important as his ability to spread these skills during the match. It can be achieved only by intense training. A very capable athlete can’t be a winner without training. The most necessary condition for competing athletes is intense training, work. Examples of it may see in modern sports life. Many very famous football players show bad results on the field during important games cause of careless attitude to training. But such players harm not only themselves but also all team, club, and even country.

Such players don’t like training and try to escape from intense work under various reasons and excuses. And if they see goodwill of club’s management, they decided that have the right to go to the field without training. Discord in the team is starting from this moment. Other players start complaining that is a normal reaction in this situation. At that moment it becomes clear that if the team doesn’t collect, then it will lose.

In sum, matches were winning or losing during the training.

It is no wonder that the values of running for modern football are growing day by day and become almost the most main criteria in player selection. In addition to defense and attack responsibilities for central players, the value of running became even more relevant. These players run enormous distance for the match. Players in teams that have weak technical discipline need to run much more because they have the main load.

For example, Romanian team Otelul Galati took part first time in Champion League 2011-2012. It was noticed, that some central players had to run 13 km for the match.

Forward players run during the match 9-10 km on average. But it needs to remind about other criteria, which makes their running harder in comparison with the run of central players. Football players of this part of the field run sprint type and their speed is higher, from 14 to 21 km per hour. Defenders also run 9-10 km for the match on average. Goalkeeper runs 5 km.

Field hockey is similar with football by the position of players on the field and tactics, also for the distance that players run during the match. Average during 70 minutes of game midfield players and players on corners run 6-7 km, goalkeeper runs 2 km.

It is hard to run 4 km on basketball match. On basketball match, players can run 4 km during very hard matches. Even if seen that basketball players only run, it is illusion due to a small field, moves around the ball and many jump actions. On 2012 NBA season Chicago Bulls player Luol Deng got first place with result 4,3 km.

If we talking about American football, this game is connected more with physical power, so players hardly can run on average 1.9 km. For the game that lasts 3 hours, players on the defensive line and attack run on average 0.32 km.