How to play futsal (saloon football) 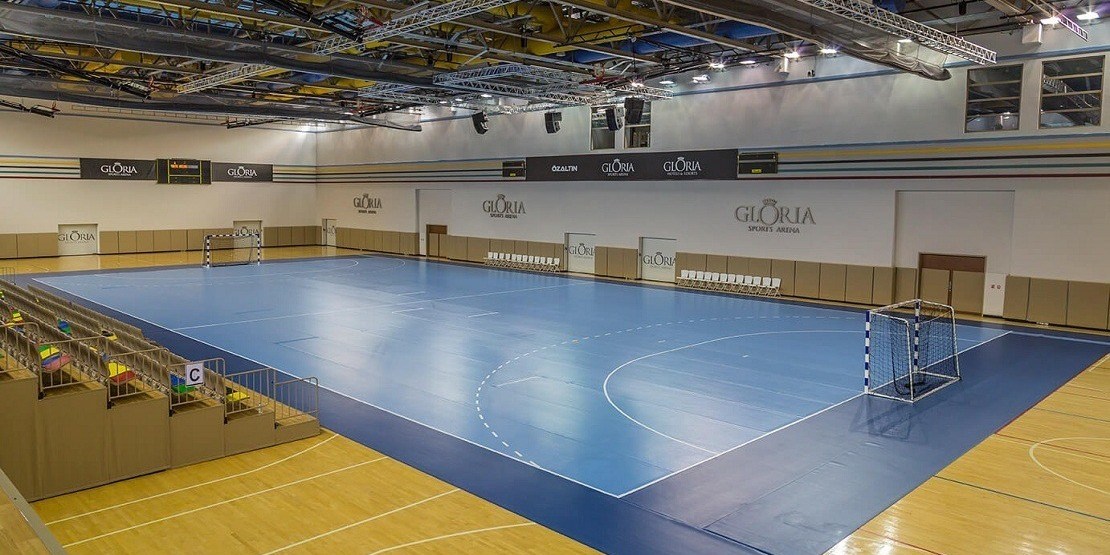 How To Play Futsal?

*In international measurements, the area of futsal is as follows: the length of the field is not less than 38, maximum 42, and the width is not less than 18, maximum 25 meters. The penalty is 6 meters from the gate and thesecond penalty is 10 meters away. The gate is 3 meters wide and 2 meters high.

400 grams at the beginning of the game.The ball must bounce at least 50, no more than 65 centimeters when it falls from a height of 2 meters.

*The game is played between two teams, each of which consists of 5 players, one of which is a goalkeeper. Number of spare players - no more than 7. The right to replace a player throughout the match is unlimited. A player who leaves the game during a substitution can re-enter the playing field as a replacement for another player. The goalkeeper can replace any other player. 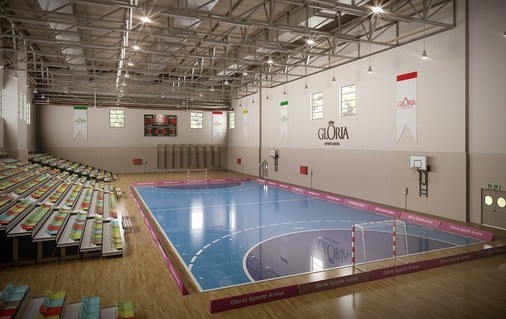 *The form of the player is a t-shirt or shirt, shorts, leggings, protective knee pads and sports shoes. T-shirt numbers from 1 to 15. Goalkeepers have the right to wear long sweatpants.

*Matches are managed by four referees. The first referee is the main one. The second arbitrator has been appointed to perform the mutual duties on the lines of the side of the playing field. The second judge can whistle, too. The second referee helps the referee to manage the game in accordance with the rules of the game.

*The third referee, together with the timekeeper, sits on the midfield line on the same side as the player's change fields. The timekeeper and the third referee use a suitable stopwatch, which will be provided by the host club or Federation, and materials that can keep records of subsequent (accumulated) fouls. The second, third referee and time referee are mandatory for international matches.

*The match lasts two periods of 20 minutes, equal to each other. The stopwatch stops when the ball is out of the game.

*Each team has the right to use a 1-minute break once in each period. It is essential that the right to use the ball to allow a break be in the team that wants a break. The interperiodictime can’t be exceed 15 minutes.

*The game starts with a coin toss, the team that wins the roll, gets the right to choose the gate, will attack. The goal can be made directly from the kickoff.

*When the ball touches the ceiling, it is considered out of the game, and is made sideways.

*If a player makes one of 10 defective moves, he is given a direct free kick in favor of the opposing team. If one of the 10 violations is made by a player within his penalty area, a free kick is given regardless of the position of the ball, provided that the ball is in play.

*The player removed from the field cannot re-enter the game and cannot sit in the reserve zone. The player to be replaced enters 2 minutes after the withdrawn player leaves the field.

*In free kicks opponents must stand at a distance of at least 5 meters from the ball. If a team does not use a free kick within 4 seconds, the free kick is awarded to the opposing team.

*A side kick is performed with a leg, and a straight goal cannot be made with that kick. Players of the opposing team must be at least 5 meters away from the ball.

*The throw from gate is used by the goalkeeper and from any point of the goal area, the goal can not be executed by this blow.

The Powers Of The Arbitrators.

Each match is managed by two referees appointed in full compliance with the rules of the game. These are the refereeandthesecondreferee.

*Monitors compliance with the rules of the game,

*Manages the game in cooperation with the assistant judges,

*Check whether each ball used meets the specifications specified in rule 2,

*Watching the form players in their compliance with the specifications of the game, specified in rule 4,

*Keeps records related to the game,

*If he deems it necessary for any violation of the rules of the futsal game or for any other reason, they stop the game, temporarily reschedule,

*They stop the game in case of any external interference,

*If a player concludes that he has suffered a serious injury, he stops the game and ensures that the player is removed from the playing field, the injured player can return to the playing field only after the game starts again.

*If they conclude that the player is slightly injured, they continue the game until the ball is out of the game,

*Stopping the game, they continue the game, if the violation will give the team an advantage. They will be punished for violation if you do not have the advantage, which they believe,

*Punishes a more severe offense when a player commits multiple offenses at the same time,

*They punish the player for a violation requiring a warning or a violation if he does not do what he should at that moment, they should do it the first time the ball goes out of the game,

*They punish team officials who act irresponsibly. If necessary, remove from the technical field and the perimeter of the field,

*Ensures that people who cannot be authorized do not enter the field,

*Restarts a game that has stopped,

*Gives signs as shown in the figure under” signs of arbitrators and auxiliary arbitrators " in this book,

*Provides players and / or team officials and relevant institutions with a match report containing information on disciplinary action taken in respect of events that occurred before, during and after the match.

*He also acts as a timekeeper and third arbitrator when there are no auxiliary arbitrators.

*Stops or starts the game in case of any violation of the rules of the Futsal game.

* Stops or starts the game in case of any external interference,

*In cases where the referee is unable to control the game, whether due to injury or illness, he replaces him.

The decision of the referees regarding the game, including the acceptance of the goal and the outcome of the match, is final. 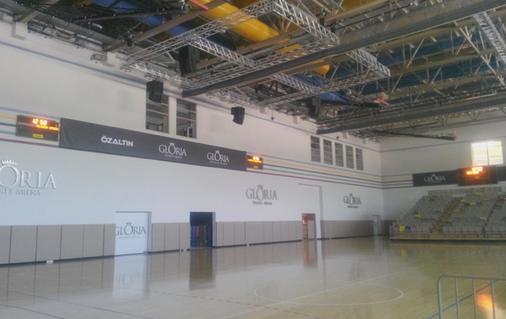 If the arbitrators realize that their decision with the record that they have not restarted or finished the game is simply incorrect, they can change it at their discretion, on the advice of the second arbitrator.

Arbitrators (or co-referees) cannot be held responsible for the following situations:

* any injury to the player, Commissioner or viewer,

* Any damage that may occur

* Based on the rules of the game, decisions that the referee makes regarding stopping, playing or controlling the game, hence from losses,suffered or suffered by any person, club, company, Association or other organization.

Such as are within this:

* Deciding whether to play a match due to the condition or conditions or weather conditions of the playing field or its surroundings,

* The decision you will receive in connection with the postponement of the match for any reason,

* Deciding whether to stop the game due to the intervention of spectators or events in the stands,

* The decision that the injured player will make with stopping the game to remove him from the playing field for the purpose of treatment,

* The decision that the injured player will get due to what he wants and insists on being removed from the playing field for his treatment,

During international matches a second referee is mandatory.

The reserve referee assistant must perform the duties and powers in the tournaments and competitions in which he is appointed, in accordance with the rules set out in this book.

The Duties Of The Assistant Referee

The equipment necessary for the temporary arbitrator and the third arbitrator, in the form of a serviceable stopwatch and the counter of the accumulated fouls, shall be provided by the relevant Federation or club.

The Federation or club concerned shall provide the table to the arbitrator of time so that the judges may properly perform their duties.

* Keeps records of players who participate in matches,

* Controls the replacement of balls at the request of arbitrators,

* Monitors the equipment of the players,

* Records the numbers of players who score goals,

* To inform judges and teams that a mandatory break is required, it signals with an acoustic whistle,

* Keeps track of the accumulated fouls that have been marked by the referees at each position of the game,

* Gives a mandatory sign of five accumulated fouls of the team in one period of the game,

* Indicates five fouls accumulated during the game period, puts a sign on the referee's table of time so that it can be seen,

* Keeps track of names and form numbers of players punished or withdrawn from the game,

* Gives the official authorities of both teams a document to use in the break before the start of each period of the game (for example, in the following example), if the teams did not use the break, it collects the documents it provided at the end of the period,

* Gives the authorities of both teams the appropriate document in the following example, which indicates when the reserve player will enter the playing field instead of the withdrawn player.

* Checks that the player who is out of the field enters the field again under the supervision of the referee,

* Checks the player who left the playing field due to injury, etc., To enter the field, under the supervision of the referee,

* Monitors the behaviour of those sitting in the technical field and in the command ranks, monitors and informs judges in case of improper behaviour,

* Keeps records of pauses and their causes due to external interference in the game,

* Saves any information related to the game,

* Replaces them in the event of injury to the arbitrator or the second arbitrator.

The Judge Of Time: 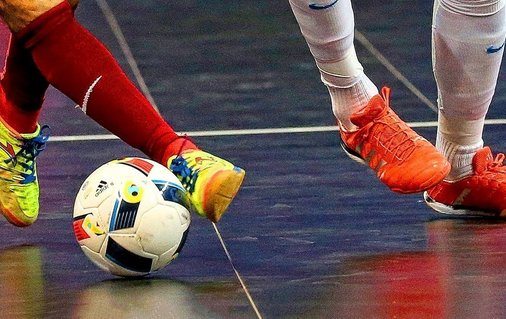 * Ensures compliance with the provisions of the Rule 7 terms of the competition, performing the following actions;

o accurate start of the stopwatch when the initial kick was performed,

o stop the stopwatch when the ball goes out of play,

o it restarts the stopwatch after a side kick, a valid goal, a corner shot, a penalty kick or a penalty kick from the second point of the penalty area and the referee's kick,

o if present, it processes the goals, accumulated fouls and the numbers of periods of the game on the scoreboard.

* After the third referee has notified, it signals the teams ' readiness for a break, a whistle used by the judges, or a tinted whistle.

* Notify the team about the end of the break, another whistle (acoustic),

* Signals the fifth accumulated foul of the teams, indicating the other whistle used by the judges,

* Signals the end of the first period, the end of the match or, if any, the timing of the extension, indicating the other whistle used by the judges,

* Saves other information related to the game.

The third referee and the hour referee must be present at the international matches.

Timometers used in international competitions must have precise equipment suitable for carrying out a two-minute penalty, which can be given to four players at a time, and have functions appropriate for teams to keep track of the accumulated number of fouls for each period.