Importance of the woman’s basketball in Turkey 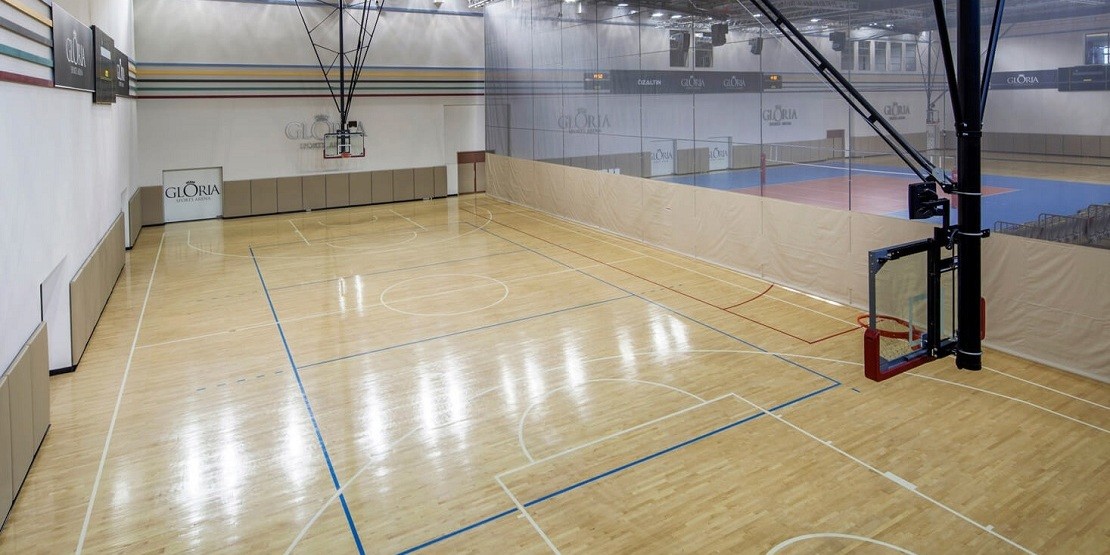 Importance of the woman’s basketball in Turkey

Women's basketball in Turkey has started its development in the late of 1950s firstly at high schools for girls in Istanbul and Ankara and later in the higher educational institutions. These activities were also organized within the school - based clubs, and local after the national championships started to be organized among the women's teams established by these clubs. The first meeting was organized in 1959 at the Turkish women's Championship,

In the period between 1959-1980 the Turkish championship was held 21 times in Istanbul, Ankara and Izmir between the teams that took the second place and since the season 1980-1981 the games between 8 teams began to be held in the status of the Displacement League. The team ODTÜ which is played in the League among such teams as the DSI sports, Colleges, Besiktas, Izmirsport, Istanbulsport, Tassport and Gench Adalet came out ahead of all opponents and won the title of champion team of the first League. 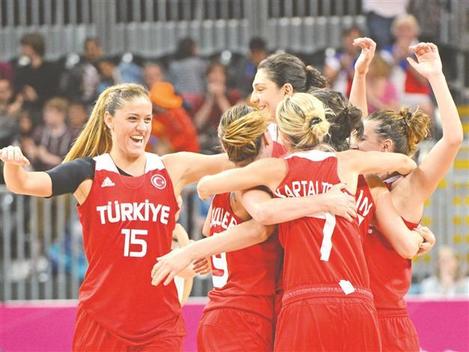 Women's basketball in Turkey has existed since the 1960s but its spread throughout the country, the organization, the achievement of victories by the national team and the efforts to take a place in Europe have gained momentum in 1992 since Turgay Demirel took the position of the head of the Federation.

In order to develop the level of basketball and the quality of the game in the country and to achieve the high goals set for the international clubs and the national teams, the playoff system was introduced in the Women's League during this period and with a view to support and develop this League the Second Women's League was created, as well as the games for the Turkish Cup and the President's Cup have been started.

In the creation years the Women's Displacement League was played between 8 teams then the number of teams was increased firstly to 10 teams and then to 12 teams, and as of the 2002-2003 season 12 teams have participated in 6 cities with 1 displacement league and from 22 separate provinces the Women's second League has started its participation with 34 teams in 4 groups.

During the 2015-16 season Turkish Women's Basketball has reached another achievement. On 23 June on the Board of TBF it was decided that starting from the season 2015-2016 TWBL will play in the status of WBSL (Women's Basketball Super League).

According to the decision the TWB2L status has risen to the status of TWBL. In the season 2015-16 TWBL started playing with 24 teams in the new status. The teams from TWB2L, which were played a year ago and transferred to TWBL played in this League

With regard to the League ТWB2L, starting from the season 2015-16 a new League was organized.

Activities of the National team

The activities of the National Women's Team began when Faik Gokay became the President of the Federation. The Women's National Team played its first match on 12 September 1964 in Munich against West Germany. Despite the fact that it was the first match, the team with the coach of the national team Ozcan Kutluata and in the composition of Emel Sayin (captain), Emen Engun, Ferhan Atli, Alev Adison, Meryem Yenigun, Sahire Kalcu, Meral Ulkumen and Ayse Ulkumen lost only 5 points with the score 43-48.

With the leaving of Faik Gokay from the position of the President of the Federation in 1967, the women's national basketball team was disband and stopped its activities for 20 years from 1967-1987.

After a long 20-year break the women's national team restarts its activities in 1987 when the Women's national Team played a match with Syria and won with a big difference in points (104-37). In the same year our compatriots received a silver medal at the Mediterranean games held in Syria.

In parallel with the activities initiated in 1992, the five-year and ten-year target plans were developed for women's national teams and each of these plans worked separately to achieve the goals set in this direction. 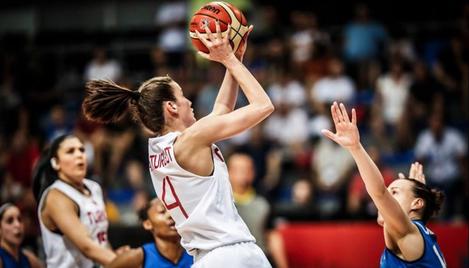 Along with such goals as participation in the Championships and obtaining a degree, the task was to organize in our country the Great Women's European Championship as the largest women's event and for this purpose the important organizations were invited to the country to get the organizational experience.

As a result of these planned events our teams, which had not been able to pass the qualifying groups began to take part in the semifinals and final stages and the National Team of group A acquired the status of a team fighting for the Final of the European Championship at the level of the promotion Cup, played between the countries are weak in the basketball.By decision of FIBA Turkey was involved to the list of countries which are ın the first hope category , which started to be used in 2000 and became the fourth in Europe, surpassing many countries in the European championship, held for the first time.

2005 was a very important period for the women basketball in Turkey. The National Women's Team of group A took a part in the European Championship for the first time, due to the fact that we were the host of the championship and since this year continuously received the right to obtain a visa for all Championships.

The National team of group A finished the qualifying groups in the first ranks and continued to gain experience of the Championships.In 2011 Poland hosted the 33rd European Championship, which was a significant period for women's basketball. Our Women's National Team showed an excellent result in the semifinals of the championship, defeating France but in the final lost to Russia and became the second in Europe, winning the silver medal.Wanting to prove that this important achievement is not a coincidence, the National Women's Team of group A received a visa to London with a result of three on three at the Olympic Selections in Ankara in 2012 and for the first time in its history was got the right to participate in the Olympic games. 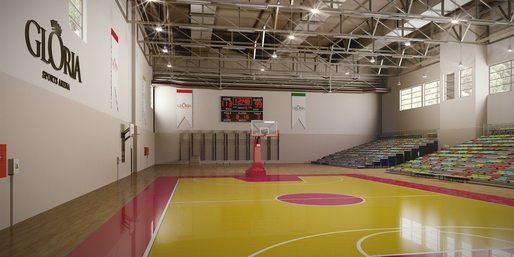 Returning from London with the Olympic fifth place, the National Women's Team of group A won a bronze medal at the European championship in 2013, organized in France and continued its successful career in the international high-level arena. While our Women's team of group A has reached historical achievements, the women's team Umit took the third place at the European championship held in Hungary in 2012 and won the bronze medal, winning the first medal for the country in the women's category. In 2013 the girls of the team Umit from the city of Samsun of our country took the third place in the European championship, reaching another important success.The FIBA women's world championship in 2014 organized by our country has become an important period for our women's team. Our national Women's Team of group A also fought in this championship. Turkish basketball players successfully fought in matches held in Ankara and Istanbul and took fourth place in the championship.In 2015 our National Team participated in the European Championship.The women's team led by the new head coach Ekrem Memnun has played in the young staff and became the fifth in the Championship held in Romania and Hungary. With this result the Team got the right to play in qualifying matches for the 2016 Olympics in Rio.The national women's team of group A received the right to play in group A at the Olympic games 2016 in Rio de Janeiro and completed group matches taking the third place playing on the field with Spain. In the quarter-final our team has played with Spain and finished the match with a score of 64-62, losing to their opponent.The 36thEuropean women's Basketball championship was held in the Czech Republic, where our compatriots took the first place in group B and met with the Greek team in the quarter-final. Our team lost to Greece 84-55 in the last 8 fights and lost their chance for a medal. Our Team was ahead of Slovenia and Latvia in the classification matches and finished the tournament taking the 5th place.