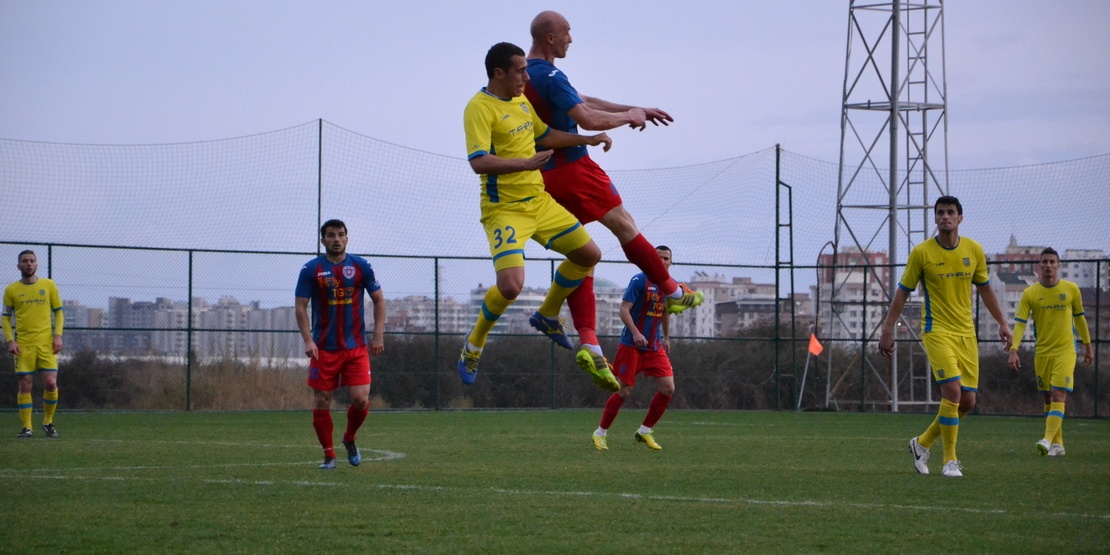 WHAT IS SPORTS CULTURE

Sport is part of a universal culture that unites people from all over the world with a different language of communication, different religion and race. This event, which contributes to the development of the peace, can be said is a sport of our century which, along with a positive impact on the physical health of a person, also positively affects his spiritual state, and is also known as a community created to achieve social and moral victories.

As can be seen from the dictionaries, the classic definition of sport does not exist.Researchers suggest that for the first time the word "SPORT" separated from words such as disportare and desport, which in Latin means "distribution, separation from each other" after the 17th century and is used to this day.The Encyclopedia Britannica defines sport as “Competitive and recreational activities that require a certain amount of strength and skills.” 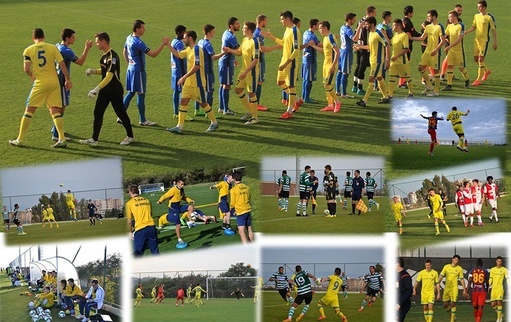 All sports elements along with relaxation and entertainment also include social cohesion. The sport has important responsibilities in terms of cohesion with society and identification. The physical and spiritual development that sports provide is an integral part of a new lifestyle in industrialized countries, where the level of free time and life is regularly increasing. As can be seen from the history of mankind, to this day man has only worked all this time. In the primitive period a man worked for the war, for peace, for his own ego, as well as for the society in which he existed. Having suffered such losses in their efforts, could these people go in for sports? When did the definition of the word sport appear in history? It is impossible to determine when the sport appeared and became famous. To this question, some researchers answer that “Sport appeared simultaneously with the spread of humanity on earth,” while others argue that “In the early centuries, people studied sports with their parents, and then repeated movements, imitating the adult tribesmen of their tribe in which they lived ".

If you perceive all the natural movements of a person as a sport, then you can come across a conflicting opinion on this issue. If at present the concept of sport is used as the performance of work by hand using body control, then we must accept the fact that the various work that people have been doing from early times to this day is also a sport.

According to today's understanding, sport is a very important tool for mass education. Sport is a new branch of science that develops the physical side of the human body through games, actions, competitions, and also determines the ego, the nature of behavior and the mental structure of a person.

SPORTS SCIENCE is scientific discoveries, discussions and methods related to various problems of sport. Nowadays, progress in sports has begun to be perceived especially differently than it was ten years ago in the leading countries in sports. For example, sports activities were divided into subgroups, which became professions requiring experience in their fields. As we know, until recently, in our country there was only a physical education teacher and a coach as a sports profession. However, there are currently many different professions, such as teaching of sports, doing fitness and healthcare, sports management, sports press and publications, sports law, sports counselling, sports scientists, sports medicine, sports statistics and other professional groups. And they at the same time are divided into units.

Recently, sports science people have refuted the meaning of the word “Physical Education”, defining the word “body” only as of the physical aspect of a living organism. However, the fact that the physical structure and mind cannot be abstracted from each other, in modern philosophy, the goals of physical education, or rather sports education, are aimed at achieving goals that go beyond the word "body". And this is social, physical, sensory and cognitive development. In accordance with these goals, due to the fact that physical education is more important than the development of the body, sports science scientists began to use the definition of "sports education" instead of "physical education", and the sports culture association with the assistance of the association of physical exercises ensured the transition of physical education to sports education. Thus, at the end of the 20th century, among other scientific branches, a new direction “Sports Science” appeared. 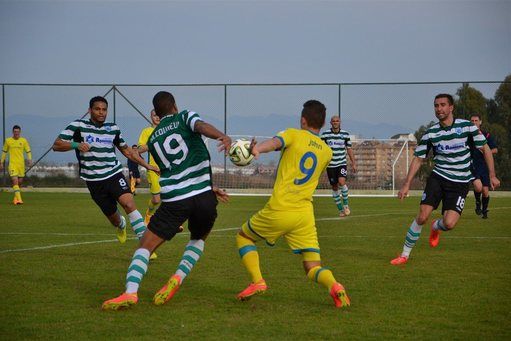 Nowadays, when sports scientists began to think at a higher level than the old and classical concept of physical education, they began their research, focusing on studies of human sports movements from different angles, such as exercise physiology, biomechanics, sociology, philosophy, psychology, pedagogy, biochemistry and, therefore, for about 20 years, as a result of such an evolution, “Sports Science” appeared.

Societies, nations and the whole world are rediscovering the concept of sports with new aspects of the doctrine of sports science.

Moral education and sports education cannot be abstracted from each other. These two concepts are closely intertwined. The great leader Mustafa Kemal ATATURK said: "I like a smart, agile and moral athlete." Because a person chooses a certain sport for himself as a durable steel case, saturated with simplicity, purity, clarity, true and free spirit. It will be very difficult for a weak and rotten body to be a good candidate for a smart head that neglects its health. The expected result from moral education and sports education is a strong personality structure.

When describing the concept of sport, we talked about its contribution to the world. So, let's talk on the role of sport in the international arena.

We all know that international sporting competitions are not a war, but an element of peace. Just as there is a state law, there is an international law on sports. With the development of mankind, the rules that were developed in the ancient Greek period and have survived to this day have reached the advanced principles of the present. Therefore, the strong in sports wins, but it is difficult to defeat the weak. In an individual sense, sport develops a sense of independence and opportunity for appreciation. Therefore, it completes the education of people and nations. It is based on education, and sport is a mirror of the intellect and educational level of a nation.

Sport is the noblest of wars on the international platform. Because it is a peace war. International sports wars are not like political wars, do not form factions and groups. Sports meetings - bold, honest, friendly, in short sports. For such sportsmanship it is impossible to be a congenital athlete, this title must be earned and won.

At international competitions, all athletes have the same feelings. Their inner world takes the same excitement and the same thoughts. This is a world war that is not directed against any nation. The parties oppose each other, but together are ideal. In this magnificent crowd of the youth of the world you can meet any hair color, all skin colors and all races that are present in the world. This is confirmed by the five interconnected rings of the Olympic Games, which are a symbol of the interconnectedness of the five continents. This is a wonderful picture of a group of young people gathered for business. A picture of peace in the world ...The Constitution of Sport is a school of the human community based on health, unity and solidarity, fraternity and friendship.

Sport is part of a universal culture and an important tool that unites different people and contributes a peace to the world. In other words, these are actions that positively affect the mental and physical health of people. With the advent of the summer season and the closure of schools, young people have more free time. During the study, young people run from one exam to the next, do not play sports and become unhealthy and obese people with computer addiction. Sport is an important activity that not only improves our physical health but also mental, saving us from bad habits. A person who engages sports is positive and thinks positively, physically healthy and is far from stress. Engaging sports gives not only a beautiful appearance but also improves thinking, developing a more comprehensive perspective, offering quick and accurate solutions, communicating correctly, quickly reacting and coordinating actions. The hormone endorphin, which gives happiness to young people who engage sports regularly, makes you active and helps to avoid bad habits. 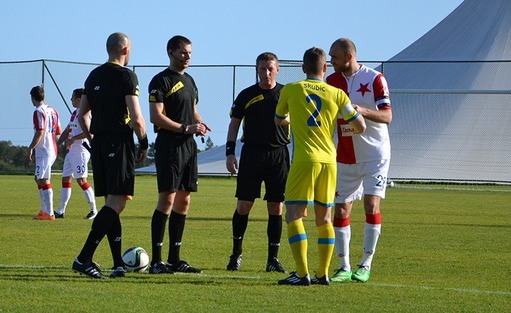 Sport helps a person communicate, increases self-confidence, helps to comply with the rules and eliminates bad habits. Sport helps a person communicate, increases self-confidence, ensures compliance with the rules and eliminates bad habits. People who do not engage sports to become addicted to bad habits and cannot give up them.Bad habits are harmful to health and are the main causes of mental and physical illness. To protect yourself from bad habits, you need to engage sports, which will also help protect you from alcohol and stimulants, as well as usefully spend your free time. All people should exercise to stay mentally and physically healthy. Rather than spending your free time on the Internet with virtual worlds, it will be more useful to engage sports, in terms of the psyche and physical condition. If the tree is protected during flowering, it gives beautiful and sweet fruits.