Successful Football Camps Are Important For Your Goals 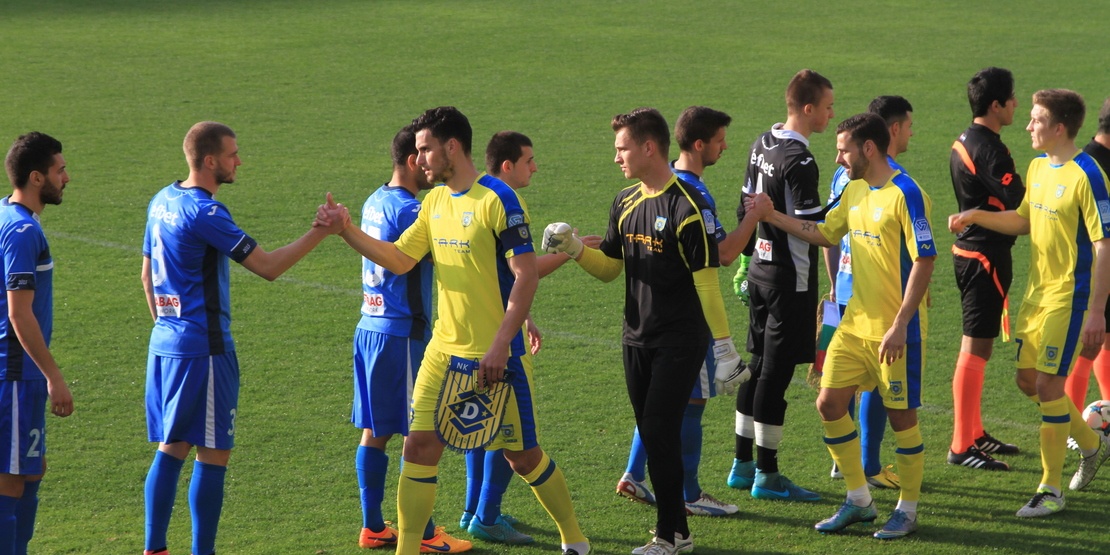 Some of them are filled with frustrations before the football story begins. Some of them are the fate of football, no matter what they do. Today football that unites the masses and keeps our national identity alive is actually a simple game. This simple game is just a matter of showing off. In this article we will share with you 10 important steps of how to be a good football player. Every step of the way we'll find something out of you and make you practical about how you can become a good football player.

Here are 10 important steps to become a good football player:

Maybe I'm writing what I should be writing in the first place. A team player lies in the basis of being a good football player. You can see success of such teams of European Footballlike Barcelona and Dortmund, who have impressed European football. In football, which is under the shade of dollars from day to day, you can qualify as a good player in the eyes of the audience if you are able to play in the team.

In the middle of the neighborhood with short shorts, you have a friend who is trying to do everything that does not remove the ball from his feet. This friend thinks he can steal everyone, and he can't do anything. He is already excluded by his other friends after a while. Being a good football player isn't being all alone. So don't forget to throw the right ball on the spot before you play the ball too much.

Not vision but prevision

Prevision is of great importance in every business, perhaps saving lives. You're not a heart surgeon. People's lives are not up to you, but their joys are up to you. So know where the ball is going and target it accordingly. The better you anticipate, the more green areas, ‘this guyis a good artillery’ you’l hear.

Put pressure on the opponent, make him uneasy. Come into his dreams at night, scare youhim. I know I've done a lot of it, but there's no success in football without pressure. Break the opponent's proper position or press and hold to get the ball. This movement will also please the fans. You get tired, but fans' applause is worth it.

Let the opponent be surprised

Don't miss expectations of the fans

Think of your opponent's wings as a box office and try to cross that box office. If you attack from the wing, it'll be easier for you to score. Broadcast the ball to the wings and don't upset the audience.

Don't look at me, you guys, when I say "Fire triangle", it was wrong, and then I just got tired of fixing it. Set up love triangles on the green field. Sorry, pas triangles. I finally found the right word. By setting up triangles, you can move the ball better and contribute to the team play. Just watch Barcelona for samples.

Try not to worry Ibrahim

We are in communication age

Education is essential and we are in the communication age. To be a good football player in Turkey 2018 you have to get along well with your teammates. So do your best to communicate in a healthy way. In social media you can start to like the pictures of your teammates. The funny thing is talk constantly in the field so that it can be effective in position-taking or pass-shopping. Remember, if you can organize it, it's too dangerous.

Without running not working

You can't achieve success in football without training. In today's football, when we think about the players running at least 10 km, never interfere with your training with the team in order to stay alive in the field and not be called to a match-back club. “I'm very talented to train, there is no need to say that”, you will have to compare yourself withthe legendary Galatasaray’s Karpat Maradona George Hagi.

We shared 10 important steps to become a good football player with you. But remember, the way to succeed in every job is to believe. Never forget to believe in success to become one of the winners, even if all the ingredients are true to you. Believe in the future when people will be proud of you, and be patient. Please feel free to share with us the important steps you have taken in your own football life.

Football is everyone's greatest passion from 7 to 77. In our childhood we still haven't had the pleasure of the neighborhood matches. So what should be done for playing good football, how to become a good football player? What should be considered when playing football? We will try to answer these questions. When we answer these questions, we will examine what people like Leo Messi, Diego Maradona, Pele, Cruyff, the best in the world are doing.

*If you want to be a good football player, the first thing you need to do is to be strong, strengthen yourself, fit,healthy, with strong body, these are the most important things in football like in all the sports.

*Try to watch all kinds of football matches, this will open your horizons.

* Watch the best football player alive on your mission field, try to do what you are doing when the team is offensive, where it moves when the ball is with another friend, where it stands in team defense, where it goes in stages, analyze them well and do it during training

* Love your work, if you have decided to become a football player, do not get tired of football, intensive training and match tempo, do not break the football.

*Eat well, try to increase your physical strength and conditions will always take you one step up on the field.

If you are a good football player, you will already be confident, but if you doubt something, you will not be successful.

* When riding the ball, not only your eye on the ball, looking at the wide angle, raising the head and seeing your teammates, gives birth to high quality positions .

*Try a new technique over and over again before you go to the field, and do not try it in the game until you succeed.

* Always try to play the ball in reverse, if the ball is your wing you may be moving in that direction, playing fast in the reverse wing can allow your team to attack quickly

*Since football is played with 11 players, each player has a task area, never leave your area empty for long, attach importance to enter your friends ' ranks.

* Do not give lazy and weak pass, this will force both you and your teammates, clear and fast pass is very important in team play.

* Improve your ball technique, when Barcelona coach Pep Guardiilo asked about which players he'd like to see in his team, his answer was - only players with high ball technique.

Playing professional football requires a little bit of luck, working hard, being strong. The above said is also complementary.

Football is never just a football.

Football, which is highly mobile and requires being in good form, is also one of the sports branches which are at the highest levels in terms of the energy loss during a match. The average amount of calories they lose is between 1500 and 2000, considering that midfielder runs 10, central forward 6, and defense player runs 5 kilometers on average.

For this reason, both before and after training and all active sports lifethey should be careful to nutrition, the right and complete nutrients should be taken on time. The body fat ratio should not exceed 5 percent, protein and carbohydrate are to be mainly fed. While the amount of calories needed by a normal person per day is around 2500 players, this ratio is up to 5000 calories. Let's give an example of a football nutrition plan for a more accurate understanding of this.

Morning breakfast includes a protein-weighted menu with varieties of cheese, especially white cheese, olives, butter, hazelnut paste, honey and eggs. Breakfast at 10 a.m. is the most important meal of the day.

Lunch; this meal, which is usually between 13 and 14 o'clock, mostly goes with white meat, but occasionally red meat is also used as a main meal, a protein and carbohydrate-weighted meal with the choice of mashed potatoes and macaroni also takes place. Drinks are free and can be ended with fruit and milk desserts.

Snack meal; This meal, which is also called as the breakfast break, is made around 5 p.m. You can eat as much as one-fourth of the breakfast that you have in the morning, as well as biscuits and cakes.

Dinner: It’s lighter than lunch and consumes plenty of vegetables. Pasta, salad, white meat and olive oil should be preferred. It’s recommended that football players, for whom nutrition is very important, eat food and drink carbohydrates predominantly in the stadium two hours and three hours before the training. Food with high fat and protein content should be avoided as well as sugar containing drinks. Immediately after the match, carbohydrate supplementation is also necessary. For this reason, professional players prefer banana-like fruits and sandwiches immediately after matches. That means that every player who is actively playing football should have an intake of around 5000 calories per day, carbohydrate and protein.