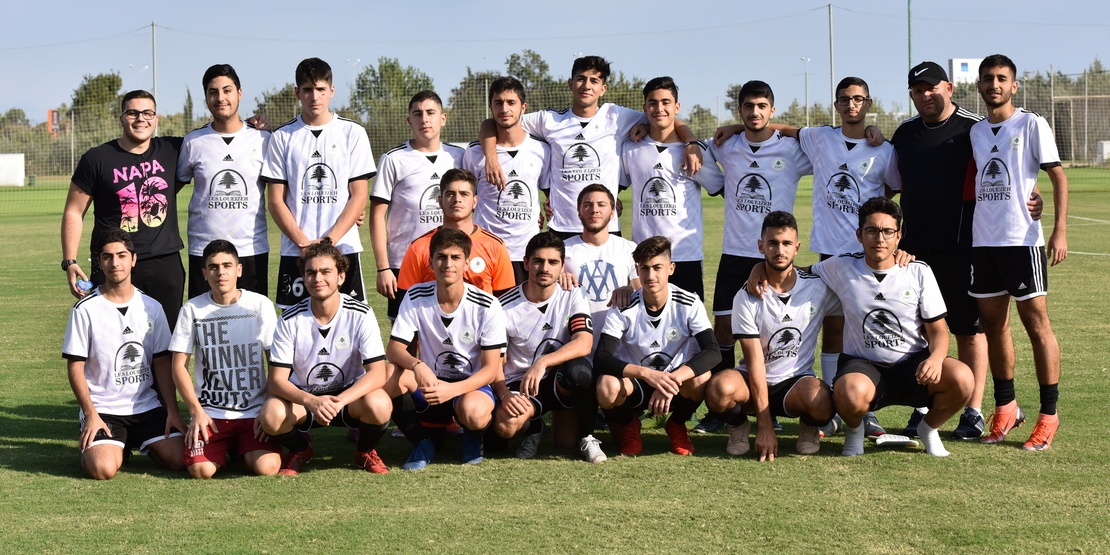 Why Do Children Who Play Sports Become More Successful?

Sport is an important part of our lives, which increases the performance of children. Studies show that students who play sports have a much higher GPA than students who are indifferent to sports and far from it. So, how does sport affect children's health?

We know that interest in music increases math success in children, but there is another important activity that increases the performance of children, it is sports.Students, who play sports in the U.S. the University of Michigan, had a significantly higher average score than students who did not. This conclusion was reached, despite the fact that the studies took into account gender, race, socio-economic indicators, the only difference between them was their attitude to sports. So, what changes does sport bring to the health of our children?This is primarily the sport itself, motivation, struggle, strategic thinking, competition, endurance. But sports also make certain areas of the brain work harder and improve academic performance. It does this by increasing certain substances and hormones in the brain. 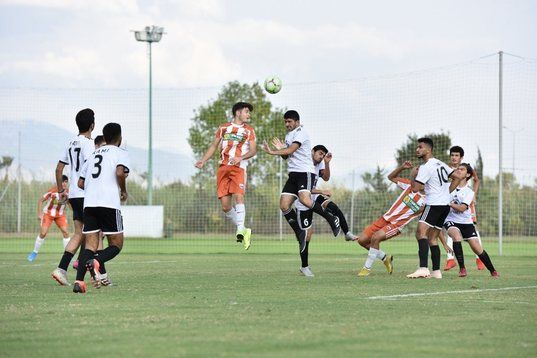 LEARNING IS A HABIT

Sport increases the brain's protein production, that is, a neurotrophic factor called BDNF (brain derived neurotrophic factor). This protein is only increased through regular exercise and exercise. The information produced by the protein BDNF, which deconstructs the connections between nerves in the brain, becomes permanent, which increases school performance. That's what it means, " in a healthy body – a healthy mind."

The exercises, which we call cardio exercises, promote the growth of the hippocampus, an area of the brain that promotes verbal memory and learning in the brain. To do this, you need to perform exercises such as aerobics, cycling, walking, running. Of course, the hippocampus is not the only area that develops with sport. The prefrontal cortex of the anterior region, which we can call the" big boss " in the brain, which controls memory, makes you think and has functions such as decision-making and management, is also larger in those who train than in those who don't. Thus, sport has amazing benefits such as learning, preservation of learned information, increase of intellectual functions.

A student engaged in sports not only benefits from hormonal, chemical changes. Sport teaches children to compete and also gives them the opportunity to compete. Children who learn to work in a disciplined way to win see that loss is also natural in life.As a student who has learned self-discipline, knows that if he trains to succeed in the race, he must work just as he did for the exams, and the brain gets into the habit of self-control and discipline. A child who regularly plays soccer, she is also studying to build a strategy when calculating when he needs to hit the ball. Again, motivated, children who train with discipline also retain their motivation in life and in their goals in school. Thus, all of these benefits yield more accurate effects in both academic and business life.

Perhaps the most enjoyable benefit of sport for everyone is that it releases happiness hormones such as endorphins, dopamine, serotonin. We also know that regular exercise is addictive thanks to these hormones. Substances such as endorphins, dopamine, are also natural painkillers. Especially in children involved in team sports, combat strength becomes higher. So they also know how to work, make decisions and manage stress under competition and pressure.

PROTECTS AGAINST DEPRESSION AND ANXIETY

Anxiety and depression are less common in children who exercise regularly. Sports release hormones of happiness, and also reduce various social loads. Children are happy to relieve school and exam stress in another area.

HOW MUCH TIME DO YOU NEED TO DEVOTE TO SPORTS?

When playing sports, it is necessary to have a good balance with everyday Affairs and responsibilities. Time is very valuable, especially for those who live in large cities, spending a significant part of their day in traffic. Thus, a maximum of one to two hours of activity, several times a week, may be sufficient. The standard recommendation is to exercise for at least half an hour. Sports do not have to be associated with a professional sport. An disciplined amateur sport is very useful. 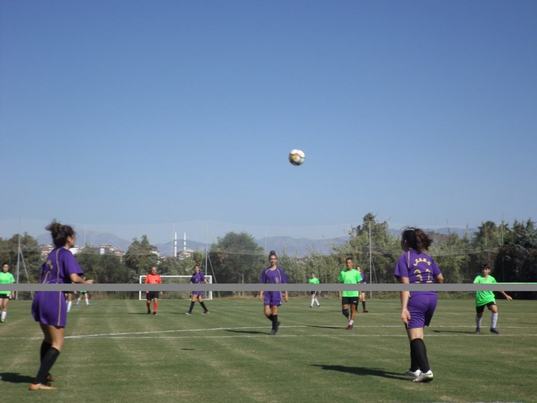 The modern concept of education today emphasizes the importance of physical education in children, as well as academic and artistic education. Education systems designed for new generations are complemented by elements such as more hours of classes related to sports events, social and sports clubs, sports grounds for various industries. During primary and secondary education, where physical development is intense and rapid, children supported by sports activities experience a healthier process of physical development as well as increasing their progress in their classes. One of the most important benefits of sports basic education received at this age is that children learn the sports they are interested in at an early age and adapt at an early stage.

Children who may in the future evaluate professional options in a variety of sports, such as becoming a professional athlete or pursuing a sports academic career, may benefit from an early start in sports. By allowing them to experience one or more sports that fit their age, interests, character, physical characteristics, you can open the door for them to a sporting life that will last many years. If you're thinking about what sports activities are best done in schools and you want to learn about these sports before helping your child make a choice, you've come to the right place.

WHAT SPORTS CAN YOU DO AT SCHOOL?

The material capabilities of the school and the level of sports equipment also determine the sports that you can choose. While some schools offer more opportunities than others, almost all schools have enough fields and equipment to perform basic sports.

Basketball is one of the first industries that come to mind when you call sports in school, is a very popular sport among children. The presence of basketball courts in most schools, holding interscholastic competitions on a regional and national scale always retains interest in basketball. As in all team sports, basketball, which develops skills such as mutual help, cooperation, teamwork towards a common goal, also supports the physical development of children.

Football, one of the most popular sports of all time, is an important alternative for those who want to play sports at school. Football, which gives a person skills such as team spirit, belonging, help, also allows children to gain strength and fitness through intensive training programs. Currently, many schools have an indoor gym, which promotes the development of Futsal in schools, it is also among the sports that can be practiced in schools.

Volleyball, one of the most favorite sports on school grounds, it is one of the sports that most intensively supports physical development. This sport, which requires constant jumping and activity, also provides all the mental benefits of participating in a team due to the fact that it is a team game. Helps children achieve abilities such as helping, focusing on a goal, moving together, solving problems together, and promotes their physical development.

Athletics, one of the oldest sports in the world, is one of the popular branches of Olympic sport, so it retains its popularity in any period. The division into lower branches, such as running, walking, jumping and throwing, gives athletes the opportunity to choose an industry that matches their physical characteristics and abilities. The beginning of athletics in childhood, which can be considered the Foundation of all sports, lays the Foundation for the formation at an early age of the physical and mental maturity necessary to choose another sport in the future. 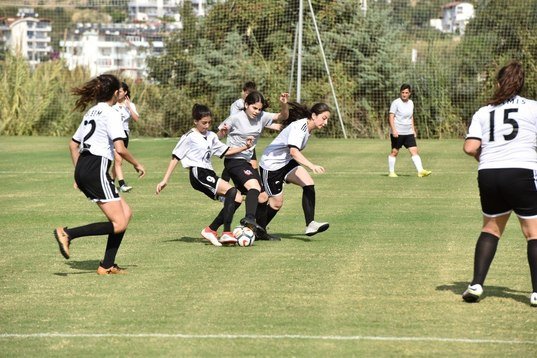 If your school has a tennis court, you should definitely give tennis a chance. Children who are accustomed at an early age to quickness, footwork and sudden movements of change of direction caused by the nature of the game become more successful than their competitors, who start the sport later thanks to the reinforced structures of the wrist and legs. Tennis, which also provides mental abilities such as planning the next move and perceiving the opponent's move and getting the appropriate position, is a highly effective decoding industry among individual sports.

What Are The Benefits Of Doing Sports At School?

Children who are introduced to sport at an early age are more likely to develop an exercise habit that will last for years, making sport a part of their lives, than their peers. The bodies of children who exercise regularly gain flexibility and become more resistant to injury.

Obesity, one of the most important health problems today, is spreading day by day due to inactivity and lack of exercise. The habit of sport and exercise, acquired at an early age, can help in overcoming this important problem. Team sports develop a spirit of solidarity and a sense of friendship, while individual sports give your child abilities such as problem solving alone and quick decision making. Children who exercise regularly know the value of their results through intensive training programs, as well as avoiding bad habits.