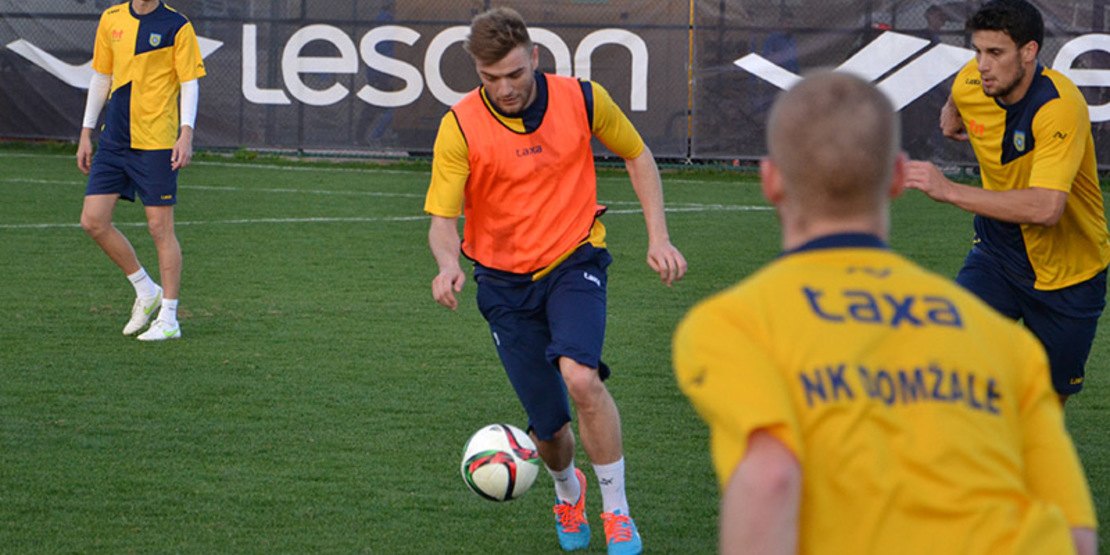 It’s not rare we confuse notions like “success” and “talent” and consider that one cannot be achieved without the other. Who did not hear coming from a football commentator: “What’s a great goal?”

This guy is really so talented!” But what is really the word “talent” mean? And what means the commentator’s word; the ability to scoring goals is something congenital? The meaning is exactly like this. Are we right by giving the credit only for congenital abilities?

Unfortunately, this is such widespread myth. If look attentively at the subject of success in sports field we can say, there are three main components which lead to sports achievements. They are congenital abilities, learning motivation, high working capacity (practice). The talent is human congenital abilities.

The justification of the fact that congenital abilities are not enough to achieve success in a football field, we can find in analyses of world sports stars’ careers. For this purpose, we have referred to an example of two the best footballers in the world (and maybe in the universe), Cristiano Ronaldo and Lionel Messi.

Most of us think that football talent of these athletes is the most important reason for their success. Is it real to get the highest peaks of sport on the football field only through congenital abilities? If we look at the sport's past of these footballers we can easily see, that Ronaldo and Messi had an identical experience before they made such a brilliant career in football and could become the highly qualified footballers. The word “experience” means the period of hard work and training, which shows us that there is no success without efforts. Success needs much more than the only talent.

From the earlier years, they fell in love with football and had the dream to become the football stars. At age 12 both had decided to leave the families because of a football career, to take place in Europe Football Academy. Each of them to make their dreams come true was raising himself in a strict discipline(which continues to this today). Such discipline covers the education, training, learning motivation. But were them two special in their childhood?

Of course, if they hadn’t some certain qualities and abilities, they wouldn’t can to take their places in European football. What they exactly did for self-development to achieve such high positions?

According to trainers of the youth team, where Messi was engaged, he had a growth hormone deficiency. In “Barcelona” football club he faced the problem not to be accepted as a professional footballer. At last the club agreed to pay all Messi’s medical costs (it was the only club who could afford it). Thank this Messi in the team of Premier League has got a chance to move forward.

Let’s just imagine that “Barcelona” did not give him this chance. Today we wouldn’t know the famous footballer LionelMessi. Because the other chance to develop his congenital abilities sand solve his health problem he hardly could have. In other words, Messi who has great talent and abilities should have to overcome obstacles to achieve his high position in football.

As regards to Ronaldo, even his mother said about his career said, that she never suspect that he becomes the most famous footballer in the world. And all this with taking account of his congenital abilities; his football career was not so obvious.

Both of them were very talented teenagers and nobody prophesied a big footballer career for them. What’s the secret of their success? Of course, these are the hardworking, exhausting workouts and the strict discipline.

Science researchers just confirm the same thing. The psychologist Erikson in his article of 2006 said that to become a highly qualified specialist in any field demand 10000 hours of systematical practical works. By learning to this article we can say, that 10000 hours of practice of these two incredible footballers is over long years ago.

Ronaldo ex-trainers say that he was always the first who was coming to the training and the last who left it. His friend Edvin Van DerSarremembering Ronaldo says that he worked after training like a crazy and inasmuch as he needed a goalkeeper he was asking Van der Sar to stay after the training too. Van DerSarremember it as a funny story: “I asked Ronaldo can the other goalkeeper help him in his crazy training. And he said: “I need the highest class goalkeeper to be the highest class footballer”.

His ex-manager Ferguson says about Ronaldo: “He had a fantastic discipline. I always saw him as the first who was coming to a training and last who was leaving it. He was giving not 100% but 120%. Again and again”.Messi’s friend in “Barcelona” says about him: “All that Messi has achieved in his career he achieved during his working in “Barcelona. I am not sure, would we have known today's Messi without “Barcelona”.

Now the answer to the question about success reasons of Messi and Ronaldo get more clear and understandable; it is work, work, and work. And after this can give the answer to other question: “The best are born or become?” You can become the best without being born the best.

If we come back to the most common statement which was mentioned at the beginning of the article, that success depends only on talent and they both are closely related to each other. It’s nothing but this kind of mistakes relates to our tendency to link behavioral reasons with our private situation, environments and our characteristics more than to the situation and environments where this behavior has happened. By other words, we are not capable to see the background of athletes' hard work, their hard workings, all this remains “off-screen” from viewers.

Even if the behavior of an athlete (his characteristics on the field) and private characteristic (abilities) looks like inextricably linked, it’s not quite like that.

If the congenital abilities were the most crucial factor in the formation of a first-class athlete, the athletes who haven’t got such incredible talents wouldn’t have any chance at all.

Our conscious understanding of the importance of multiple hour’s training, learning motivations, hardworking in building the footballer’s career, can help the younger generations of footballer to have a right attitude to a concept like “discipline”, “overcoming yourself’, “work” and make their dreams come true.

Modern sport sets the high aspirations and requirements for physical and psychological behavior of the athletes. This is a new kind of athletes. Such athletes show one marvelous tendency, namely, younger and younger athletes reach the highest levels in professional sport.

To raise a new generation of strong athletes in any kind of sports we need after identification of desire to join sport and definition of abilities of children, after the decision about choosing the favorite sport, to help to develop specific techniques and tactical methods in the training.

For a definition of abilities of children, we should refer to different aspects and assumptions, take into account various factors to achieve more efficient.

Technical and motoric features: a sense of balance, sense of rhythm, sense of temp, sense of place and destination and others.

Learning ability: a sense of perception, abilities of observation, the ability to analyze and others.