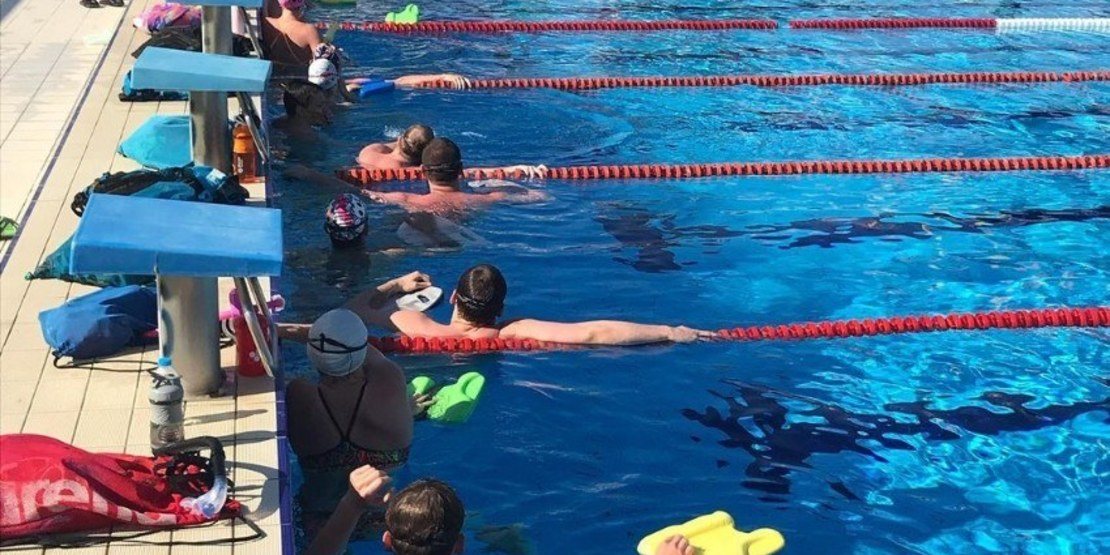 In 1896, the sport of swimming first took its place in the Olympics. (In fact, even the Summer Olympics, which are only for swimming, are held today.)

DEPAR
In freestyle, breaststroke and butterfly races, the start is made by jumping. With the long whistle of the 1st referee, the swimmer’s step onto the sprint stone with both feet at the same distance from the front (in line) and wait there.
With the command of the starter to "take your marks", she immediately takes the starting situation with at least one foot in front of the sprinter.

After the referee's long whistle, the swimmers enter the water. With the second long whistle of the 1st referee, the swimmers return without undue delay and get a start in the water.
The starter gives the command “Take your marks” and the start signal is given when all swimmers are stationary. The false exit sign is the same as the exit sign.

In other words, if the exit signal is given as a whistle, gun, pipe or command, the wrong exit signal will be given in the same way but longer.
At the same time, it is indicated that the output is faulty by lowering the faulty output thread. If a swimmer makes a foul due to the fault of the official responsible people, the swimmer's fault is disregarded.

CRAWL
While freestyle means that a swimmer can swim in the race as he/she desires, freestyle in individual medley and mixed relay race; considered any style other than the backstroke, breaststroke, and butterfly style. During freestyle turns and at the end of the race, the swimmer can touch the walls with any part of his body. There is no manual weaving obligation. 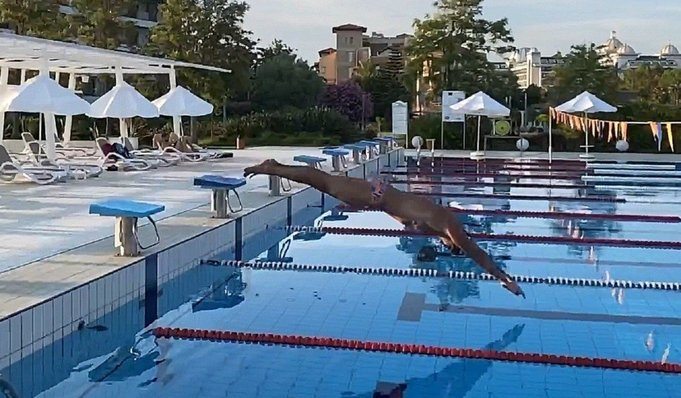 BACKSTROKE
Competitors line up in the water with their hands placed on the starting bars and facing the depar board. The foot should be below the water surface, including the thumb.After the upper shoulder is rotated beyond the vertical with respect to the chest, a continuous single-arm pull, or a continuous successive double-arm pull can be used to start the turn (somersault).

BREASTSTROKE
After the start and each turn, with the first arm pull, “body should be face down on the chest or parallel to the ground” and both shoulders should be level with the water. At all times, the movement of both arms should be at the same time and at the same level, one should not move before the other after. Hands should be thrown over the chest at the same time over or under the water. Elbows should be under the water except for the last stroke. Except for the first stroke in the ascents and turns, the hands should be taken beyond the level of the hips.
At each turn or finish, the tap must be made simultaneously with both hands above and below the water level. The shoulders should remain flat until the swimmer touches the wall with her hands.

BUTTERFLY
The body should always be prone (parallel to the ground) except during turns. The shoulders shall be parallel to the water surface from the start and the first stroke after each turn until the next turn or finish. A somersault is not allowed in this style. Both arms must be thrown forward together over the water and pulled back at the same time. The feet and legs do not have to be on the same level, but sequential movements are not allowed, as in freestyle. At each turn and at the end of the race, the tap is done with both hands simultaneously, above, below or in line with the water.

In the medley relay, swimmers swim four styles in the following order:

In relay races, the team of a swimmer whose feet leave the starting platform without the previous teammate's hand touching the arrival wall will be disqualified. However, if the swimmer who made an incorrect start, turns back and touches the starting wall and continues the race, he will not be disqualified. (It is enough to touch the wall, it is not necessary to jump from the sprint stone)